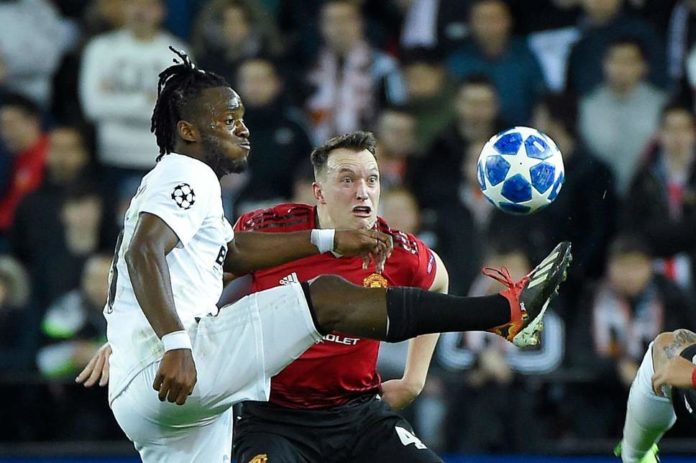 Chelsea loanee and current Valencia C.F. striker Michy Batshuayi has often been said to be the king of twitter in the football sphere given his witty comebacks and quirky tweets.

Batshuayi had a bad day at the office and missed a huge chance to give his team a two-goal advantage, heading over Sergio Romero’s goal from close-range towards the end of the first half. However , that didn’t stop the Belgian forward from making fun of Phil Jones face that was photographed during a battle for a loose ball between the two.

Batshuayi was more concerned with Jones’ face, tweeting: ‘Glad you like guys… but can we talk about Phil Jones face first ? #anotherone.’

Hilariously, the last time an United player scored a Champions League own goal was in 2011 , also by Phil Jones.

Mourinho couldn’t help United from having another lackluster performance which saw fail to clinch first place in their group.

After the game , Jose said ‘We go to 2-1, we probably should get to 2-2 because we had a couple of important chances to equalise. But I think fundamentally this, we wasted the first half playing too comfortable and with not enough intensity.’