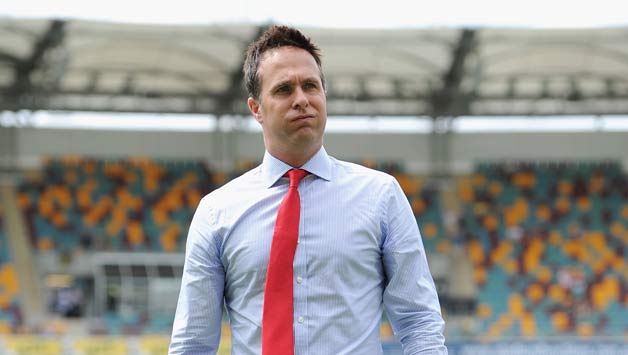 Since Ollie Robinson’s old tweets came to light, it has been a tempestuous time for English cricket board and it’s players. Now, several old posts and tweets of English players are resurfacing on the internet. One such tweet shows England white ball captain Eoin Morgan and wicket-keeper batsman Jos Buttler allegedly mocking Indian fans. 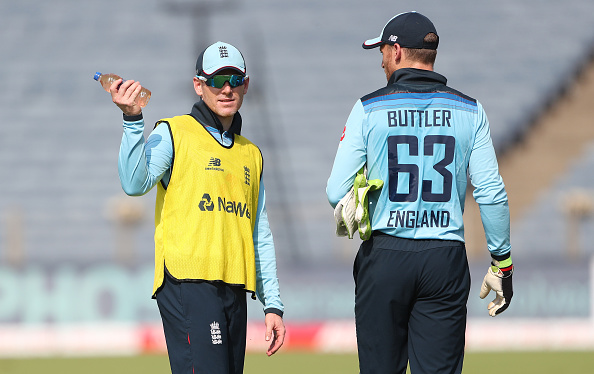 Ollie Robinson had a dream debut at Lord’s. He took total 7 wickets with the ball and made crucial 40 runs. But his old tweets overshadowed his performance. Robinson has been suspended from all international cricket pending the inquiry by ECB. Now, Morgan and Buttler’s old posts came to light which seems to be written in a way that mocks the English language used by fans.

Michael Vaughan comes to the rescue of Morgan & Buttler Former England skipper Michael Vaughan has come out in support of Jos Buttler and Eoin Morgan on this issue. Vaughan feels this “witch hunt” needs to stop. Meanwhile English Cricket Board are looking into this matter.

“No one at the time of Morgan’s, Buttler’s & Anderson’s tweets seemed offended at the time they tweeted but it’s amazing how they now seem offensive a few years later !!!!!! Utterly ridiculous … The witch hunt has started but has to stop,” Vaughan tweeted.

No one at the time of Morgan’s ,Buttler’s & Anderson’s tweets seemed offended at the time they tweeted but it’s amazing how they now seem offensive a few years later !!!!!! Utterly ridiculous … The witch hunt has started but has to stop … #OnOn

Several other posts of English cricketers like Dom Bess and James Anderson have also come to light. Dom Bess’s old Instagram post were mocking MS Dhoni and Indian National Anthem. While James Anderson’s old tweets have been labelled as “homophobic”. 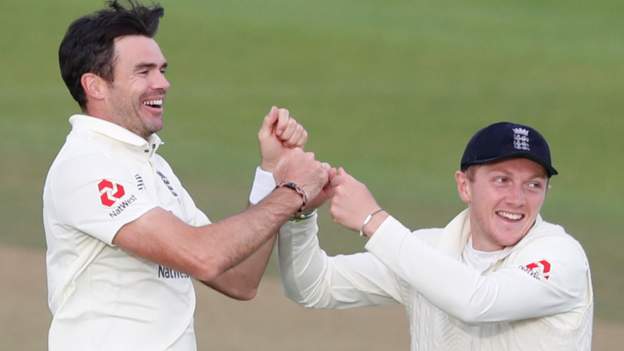 Anderson hasn’t given any word on those tweets yet. But he has said how the past one week was really difficult for every member of the squad, things could get more difficult as the England and Wales Cricket Board (ECB) has made it clear they have a zero-tolerance policy for any sort of discrimination.

United Kingdom Prime Minister Boris Johnson and Sports Minister Olivier Dowden criticized the ECB for suspending Robinson from international cricket over his tweets which were sent out by him during his teenage days. On the other hand, England Test skipper Joe Root admits that some “uncomfortable things” have come to the fore in the last week but they need to keep finding ways to educate players for bettering the sport.