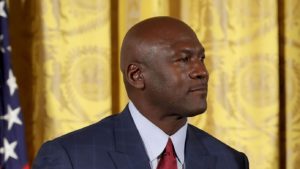 Golden Stae Warriors co-owners Peter Guber and Bruce Karsh, Washington Wizards owner Ted Leonsis and Tampa Bay Lightning owner Jeff Vinik have also invested in the group, which is fast becoming one of the biggest in the field of esports. Team Liquid holds teams in multiple esports titles which includes League of Legends, Dota 2, Counter-Strike: Global Offensive, among many others.

“The next generation of sports fans are esports fans,” Leonsis told the press. “Esports is the fastest-growing sector in sports and entertainment, and aXiomatic is at the forefront of that growth. We are thrilled to welcome Michael and David to aXiomatic and look forward to working together on some truly cutting-edge opportunities.” Leonis and Guber co-founded aXiomatic in 2016.

Jordan holds the major stake in the NBA team Charlotte Hornets, but this is his first venture into esports. This pattern is increasing, as fifteen NBA teams have mutual ownership or partnership with traditional esports teams. Who doesn’t like some NBA 2K, right?