Before you enter the world of Online Casinos, Check out the top 10 Live casinos recommended by India Casino Info
Home Cricket MI skipper Rohit Sharma reveals why Ishan Kishan did not bat in... 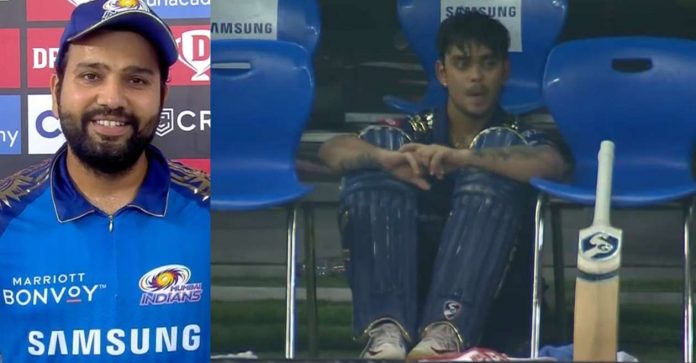 Rohit Sharma – the Mumbai Indians’ (MI) captain has revealed the reason why the in-form Ishan Kishan – who smashed a swashbuckling knock in their chase, didn’t bat when the game between Mumbai Indians and Royal Challenger Bangalore (RCB) ended in a tie. Rohit said that the youngster was physically so drained that he was struggling to come out and bat again for the Super Over where Mumbai Indians eventually lost to RCB on Monday as well. 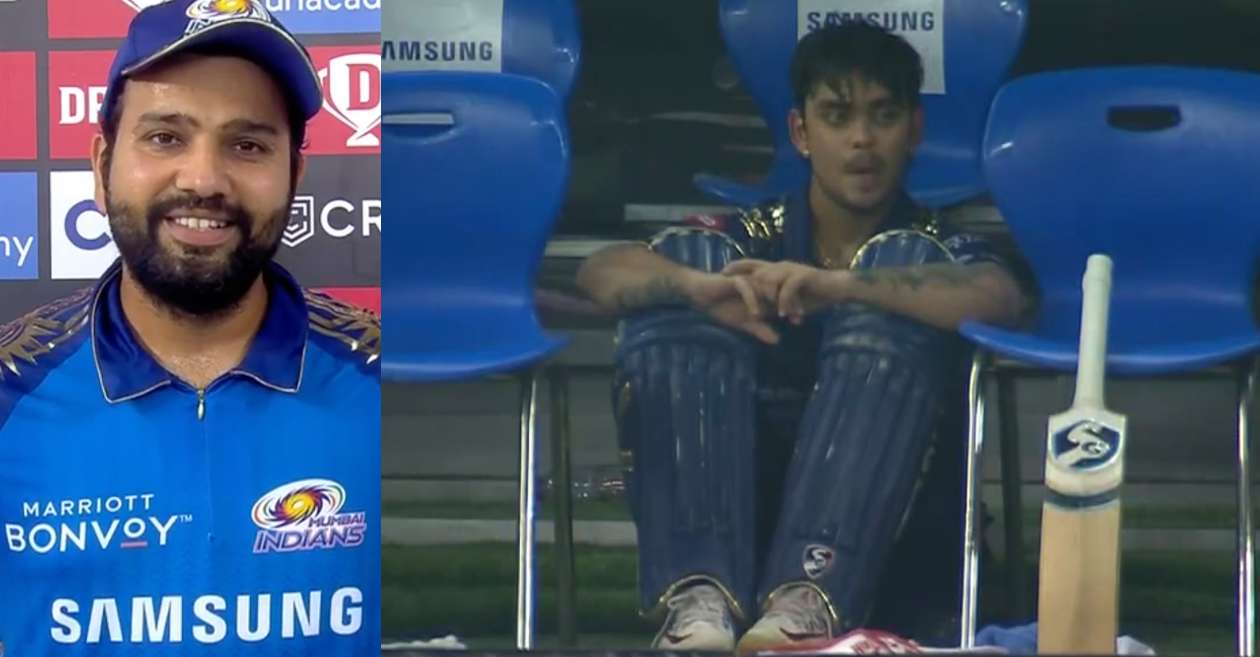 “He (Kishan) was drained out and was not comfortable. We thought we could send him but he was not feeling fresh,” Rohit Sharma said.

Meanwhile, the wicketkeeper-batsman, who was playing his first game of the 2020 edition of the cash-rich T20 league on Monday, smashed a blitzy 99 off 58 balls to help Mumbai chase down a huge total and tie the game at the Dubai Cricket Stadium as well.

“Ishan there and then Pollard was brilliant as usual for us. It is just that we couldn’t start well, I thought we could chase 200 with the batting power we have,” the Mumbai Indians captain further added.

Notably, the defending champions faced trouble to score after losing three quick wickets – Rohit Sharma, Quinton de Kock and Suryakumar Yadav. Later, Ishan Kishan and Kieron Pollard added a 119-run fifth-wicket partnership off 51 balls and levelled the scores 201 in 20 overs. However, Mumbai Indians could only manage seven runs from the Super Over and Virat Kohli-led RCB reached the finish line in the final ball of the over as well.

“Seven runs, you have to have luck on your side and get a wicket in the first two balls. And that unfortunate edge over fine leg made it two in two for them,” said Rohit Sharma.

“We were not in the game at all when we started with the bat. Great innings by Ishan to get us back. Polly was brilliant as usual. Just that we didn’t start well, I thought we could have got 200 with the batting we have. With Polly being there, anything can happen, and Ishan can hit it,” he concluded.