Home Football Messi and CR7 to watch the Copa Libertadores final together? 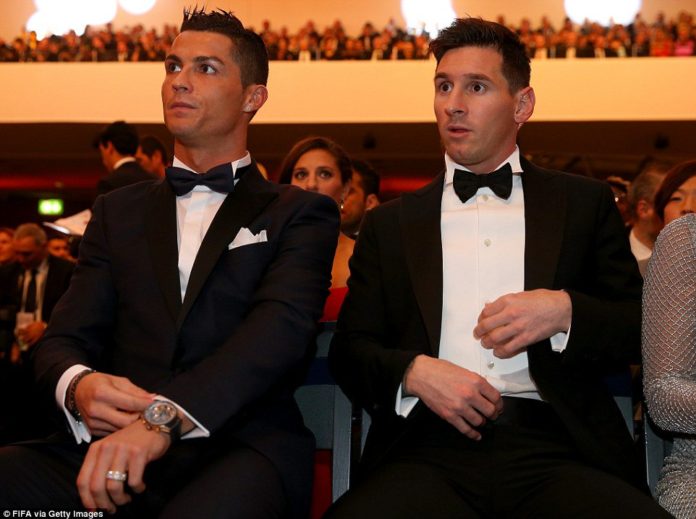 The second leg of the Copa Libertadores final between River Plate and Boca Juniors will take place this Sunday at the Santiago Bernabeu Stadium and Real Madrid president Florentino Perez has planned to seat Cristiano Ronaldo and Lionel Messi together in the presidential box as a sign of respect.

Lionel Messi has confirmed to the Spanish Football Federation (RFEF) that he will be in attendance to watch the second leg of the Copa Libertadores final. According to AS, Cristiano Ronaldo has yet to confirm that he will attend as his relationship with Real Madrid is still fragile after his summer move to Juventus.

“Cristiano would be delighted to accept the RFEF’s invitation and watch the game alongside Messi in the VIP lounge but the wounds of his exit have not completely healed over,” a source close to Ronaldo said.

The RFEF said in a statement: “The presence of Cristiano and Messi would be a wonderful message for football, and it would put both players in a setting where they deserve to be.”

Messi is expected to take leave for Madrid immediately after Barcelona face rivals Espanyol in La Liga on Saturday, while Ronaldo will spend the weekend in the Spanish capital after Juventus host Inter Milan on Friday.

Boca Juniors and River Plate drew 2-2 in the first leg back on 11 November.