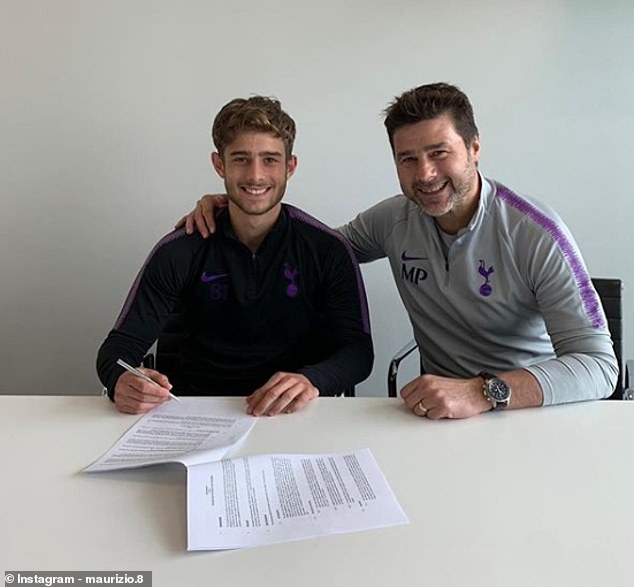 What’s in a name you say? Well, what if the difference between your father’s name and your’s is just one letter and he happens to give you a professional contract at a top club that he manages? Yep, an absolute football comedy gold!

Poch Jr made the move from Southampton to North London four years ago when his old man took charge at White Hart Lane.

After impressing as a winger for Tottenham’s Under-18s, Maurizio is now set to continue his journey towards the first team with the U23s.

Poch Jr will most likely be seen now in  EFL Trophy, with Tottenham’s academy side drawn in Group A of the southern section alongside Ipswich, Gillingham and Colchester.

Spurs have started the transfer season strong after securing the services of top talent Tanguy Ndombele from Ligue 1.