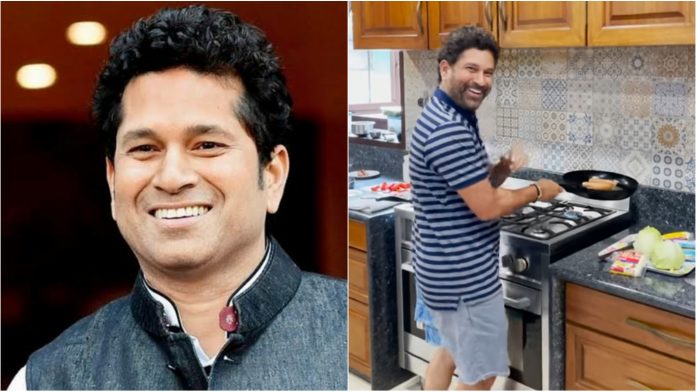 The Indian legendary cricketer Sachin Tendulkar is not only the master of batting on the pitch, but also lives up to the nickname while he cooks in the kitchen. He is enjoying his retirement life and finds great interest in hitting the kitchen.

It is not an unknown fact that the former Batting ace is passionate about cooking and there have been multiple occasions where he was captured cooking different dishes for his family members.

Sachin Tendulkar cooks in the kitchen 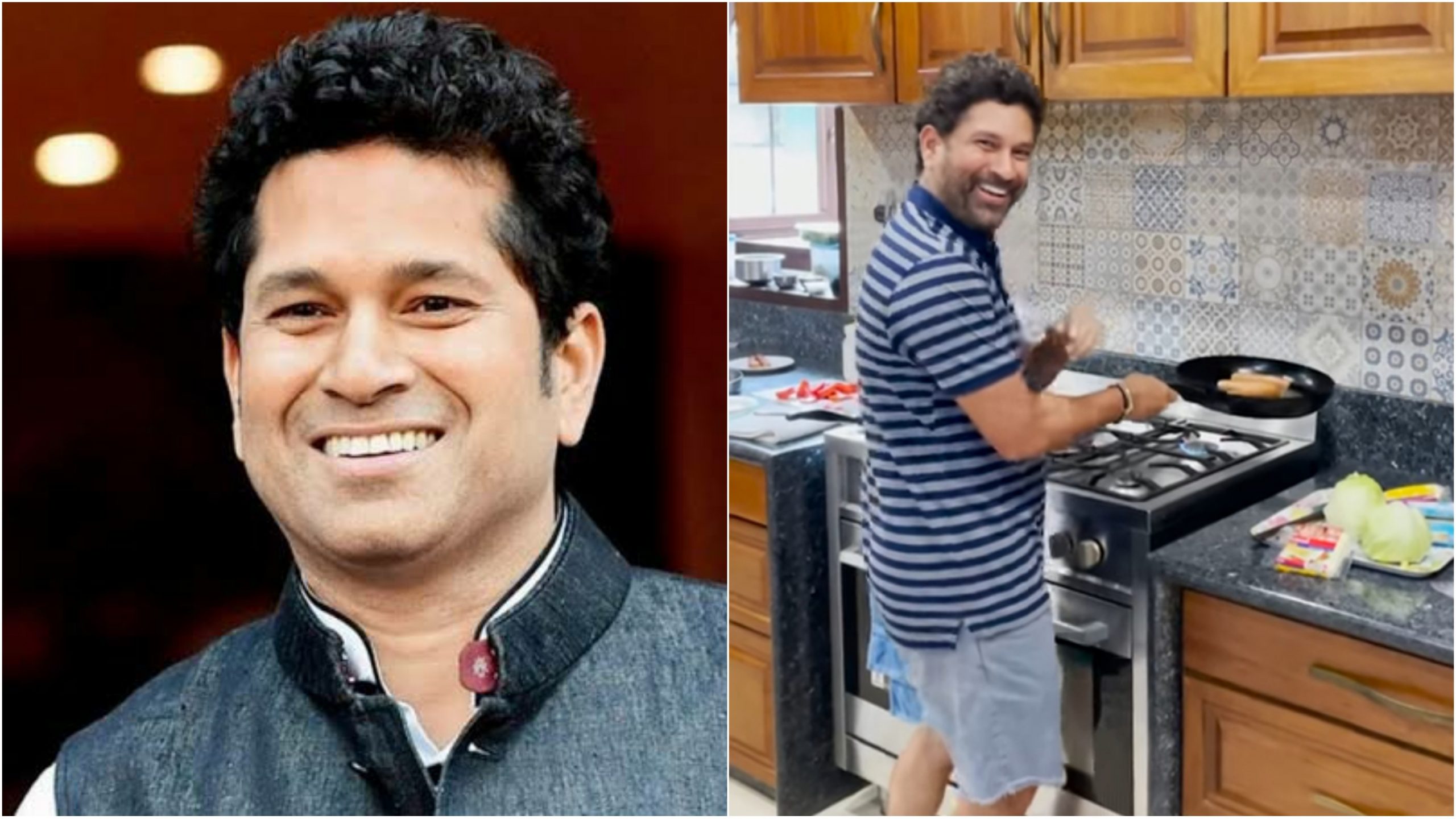 In the latest video clip which he dropped on his Facebook page, Tendulkar was captured cooking once again. In the beginning of the video, hilariously he said that he was unaware of what he was cooking. He said: “You don’t know what I’m cooking, neither do I.”

The Master Blaster was then seen flipping an omelette and called himself the ‘master’ of the art, the wrist stroke(similar to batting). He then did some ‘Salt bae’ action and sprinkled some salt on it.

ALSO READ:Wasim Jaffer opines why Rahul Dravid should not be Team India’s coach on a permanent basis

Tendulkar then added some sliced tomatoes on the top of it and the final product was what looked like a sort of omelette burger, improvised by ‘The Chef’ for the day. Following the completion of it, his face filled with joy and he raised his hands in amazement.

You can check out the video clip here.

Sachin Tendulkar reveals who could break his records

Tendulkar had announced his retirement after an illustrious career in 2013. He played his last match against West Indies in Mumbai.

A gala event was organised to celebrate the remarkable feat of 100th century achieved by Tendulkar back in 2012. It saw several Bollywood celebrities including the likes of Salman Khan, Abhishek Bachchan etc.

Khan had asked Tendulkar who he thinks could break his record and The Little Master had answered, Virat Kohli and Rohit Sharma, who were youngsters back then and now ruling the pitch.

He said: “Virat Kohli and Rohit Sharma are the ones. As long as an Indian breaks it, I don’t mind.”