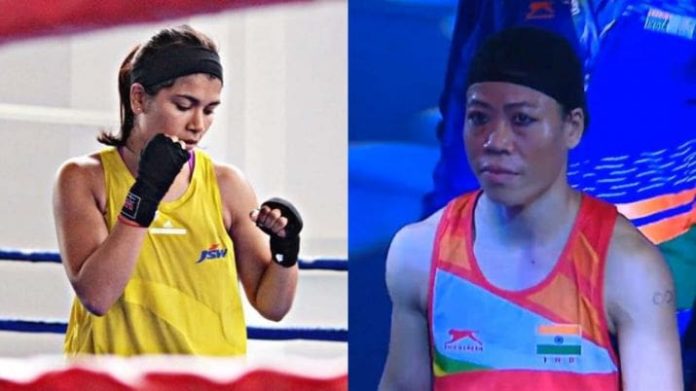 The showdown between London Olympics Bronze Medalist and six-time world champion MC Mary Kom and Nikhat Zareen during an ongoing sanctioned Boxing League will not happen as the veteran has cited that she has bac injury.

Confirming the news, Dinesh Pandey the owner of the franchise that Mary Kom plays has said that the Olympian is not keeping well and will need rest in order make a comeback and play the trials of Tokyo Olympics. 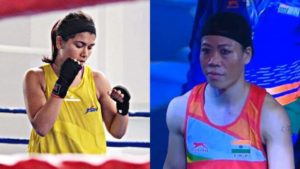 “Mary Kom has a back issue, may be some swelling or spasm there, The back issue has been troubling her for some time now, so doctors have asked her to take proper rest. She is a legend and is a key player for the franchise so we don’t want to take any chances with her. W e would love to have for the semifinals and the finals if the team reaches there. She didn’t take the ring for the last two games and the game against Nikhat was a game which everybody was waiting for” Pandey added on the well being of the veteran.

The sources have also said that Mary Kom’s personal coach Chhote Lal Yadav has advised Mary not take the ring and have to take care of her back and her body if she wants to participate in the 2020 Olympics in Tokyo.

Yadav’s also didn’t want Mary to put unnecessary pressure on herself as well as the new comer Nikhat as it would hamper the thought process of both the boxers before the bout in Delhi on the 27th December at the Indira Gandhi Stadium.

The six-time world champion, bronze medalist from the London Olympics and someone who is often called Magnificent Mom wouldn’t like to take any chances with her injury which would jeopardize her chances of playing the 51kg Olympic trial against Nikhat in Wuhan, China in February.