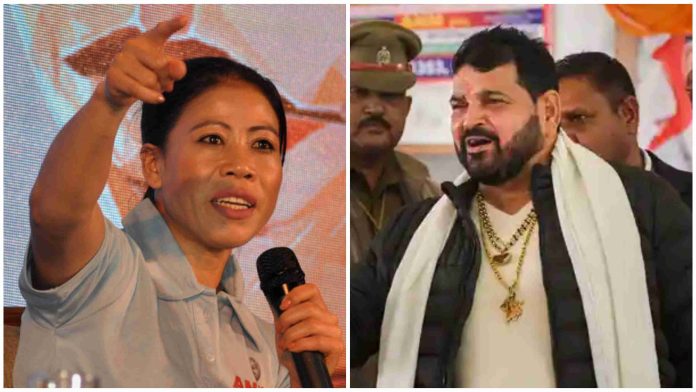 Indian boxing legend MC Mary Kom will be on the helm of the Oversight Committee that has been slated to look into the allegations that have been brought up against Brij Bhushan Sharan Singh, president of the Wrestling Federation of India (WFI) along with other members of the body.

“This Mary Kom-led five-member committee will hear each side and investigate the serious charges levelled by the wrestlers and will submit its report within a month. Till then the committee will carry out the day-to-day work of the WFI,” Anurag Thakur stated.

According to a release, the panel will investigate allegations of sexual misconduct, harassment and intimidation, financial irregularities, and administrative failures. Moreover, a directive has been forwarded from the Ministry instructing the WFI executive committee to abstain from managing the day-to-day operations of the organization until further notice.