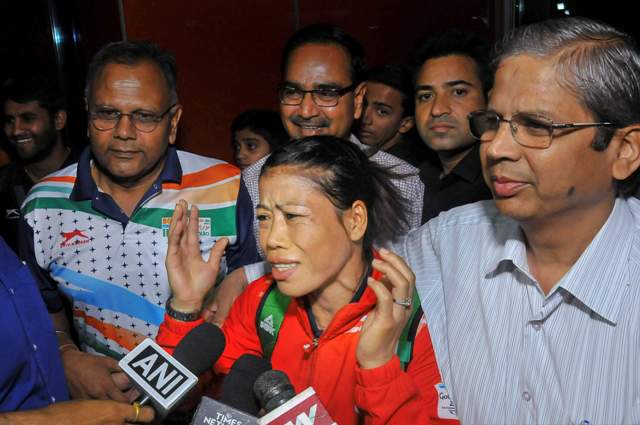 Iconic Indian boxer, Mary Kom’s Boxing World Championships campaign ended in a slight bitter note as she ends up with a bronze after losing to her Turkish opponent in the Semi-Finals.

With this medal, Mary Kom took her amateur boxing medal tally at the World Championships to 8 medals which makes the most decorated boxer at this competition.

Mary Kom was unhappy with the decision of her semi-final game and India took to appealing the score.

According to AIBA rule 20, a protest is granted only if the scores read 3:2 or 3:1 but since the score for Mary read 4:1, India’s appeal to protest was turned down and the yellow card was not accepted by the technical committee.

“How and why. Let the world know how much right and wrong the decision is,” Mary Kom tweeted

IPL 2019: Akash Ambani elated with Mumbai Indians’ ‘steal of the...