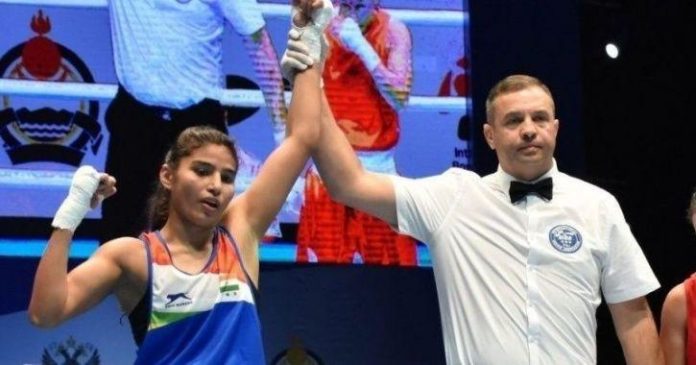 The semi-finals of the Women’s World Boxing Championship are over and debutant Manju Rani (48kg) was the only Indian to reach the final, as six-time champion Mary Kom (51kg) along with Jamuna Boro (54kg) and Lovlina Borgohain (69kg) had to settle for bronze medals on Saturday. Manju, who defeated Thailand’s Chuthamat Raksat 4-1 in the semi-final; will take on second-seed Ekaterina Paltceva of Russia in the title clash on Sunday. 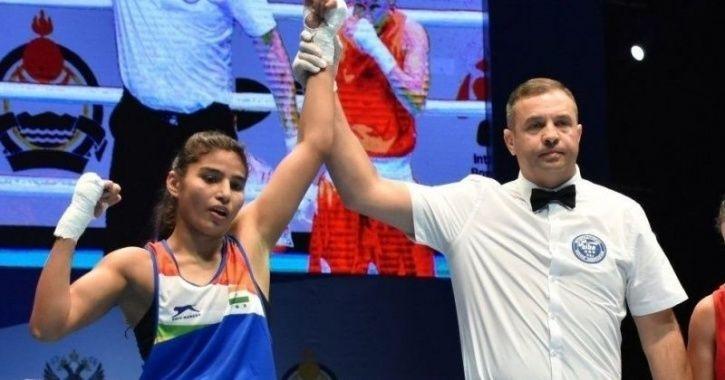 India’s gold medal dream continues with Manju Rani, who put up a fantastic show against her opponent Raksat. The Haryanvi girl straightaway went for counter-attacks in the first two rounds, before changing gear to offensive mode in the final three minutes of the game.

Mary Kom, on her quest for the seventh title unfortunately lost 1-4 to Turkey’s Busenaz Cakiroglu, the reigning European Championships and European Games gold-medallist. While Jamuna, had to suffer a 0-5 loss to the top seeded Huang Hsiao-Wen of Chinese Taipei. Lovlina, on the other hand, fought extremely well against China’s Yang Liu and was ultimately beaten 2-3 in a tough contest. Not to forget, this was her second successive third-place finish in the tournament.

“I am very disappointed with the decision. I think I fought much better and did not deserve to lose but I will try to ensure that this setback helps me achieve bigger things,” Mary Kom said after her bout.

But even after this loss, the 36-year-old had a wonderful campaign and won her first world medal in the 51kg category adding to her long list of accomplishments.

Jamuna Boro, fought all her heart out but her much taller rival took the height advantage and struck some heavy blows on the Indian.

“I am happy with the bronze but I think I could have done better. Obviously I made mistakes, that’s why I lost. I will go back and make sure those mistakes are not repeated and I do better next time,” Boro said.

Lovlina Borgohain however, fought really hard against a wily Yang Liu. The Assamese pugilist did well in counter-attacks but Liu took the upper-hand with her more forcefully-struck punches.

Boxing: Ex-Floyd Mayweather opponent charged with rape, days before his next...