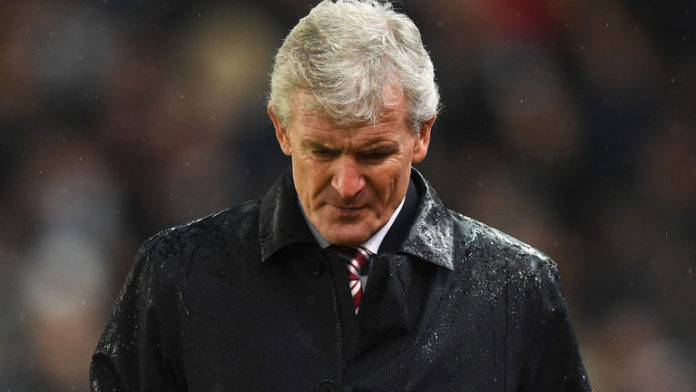 Southampton boss Mark Hughes is on the verge of being sacked if his team fails to beat Watford at St. Mary’s this Saturday. The Saints are reportedly ready to pull the trigger on the boss, while possible replacements are being lined up. 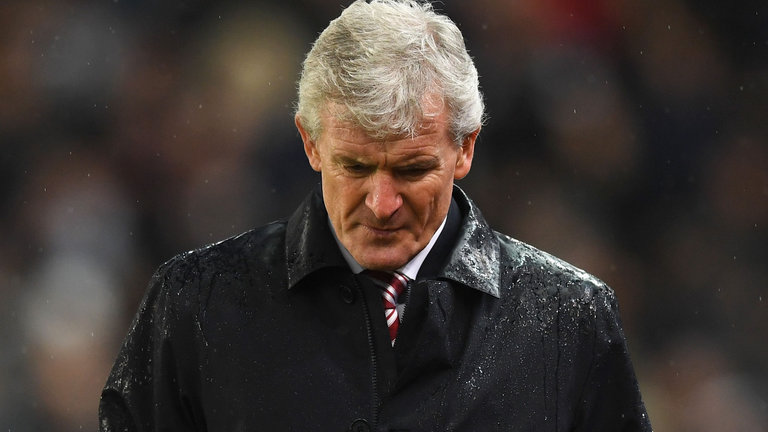 Following Sunday’s 6-1 thrashing to champions Manchester City at the Etihad Stadium, the Welshman is under mounting pressure and possibly will get the sack after a series of poor performances were put on by the Saints, as they have managed to scalp only a single win, at Crystal Palace, back in the first week of September, so far.

Some supporters are fed up with the brand of football served up by the ex-Southampton striker Hughes, who saved them from the drop last season after replacing Mauricio Pellegrini in March – two months on from his own sacking by relegation-bound Premier League rivals Stoke.

While Southanpton hang on by a thread just two points above the relegation zone, the Saints board are understood to be ready to act if there is anything less than a victory on Saturday. Top of the list of potential replacements are Sam Allardyce and David Moyes, while a popular choice among the supporters is former Saints manager Gordon Strachan. Portuguese manager Leonardo Jardim, recently ditched by Monaco, had been high on the board’s wish-list. However, he now looks set for a move to the Chinese Super League, with Beijing Guoan a possibility.

A win against a resurgent Watford could prolong Hughes’ tenure, but the patience of the Saints hierarchy has now almost run out.

Southampton sit 16th in the League with 7 points from 11 games.