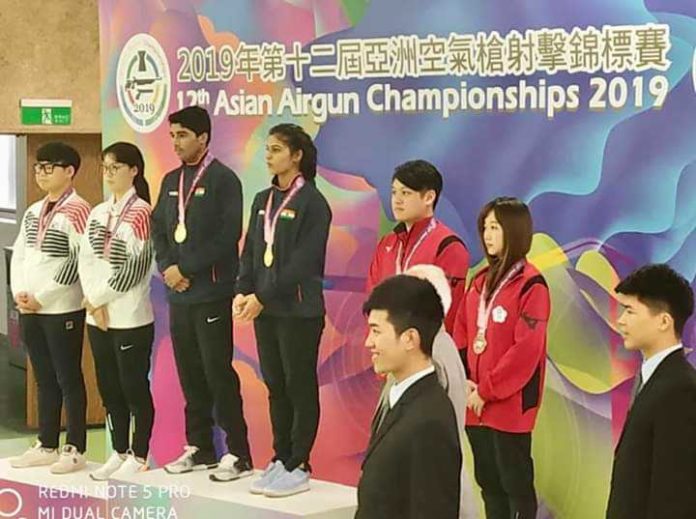 India’s teenage sensations Manu Bhaker and Saurabh Chaudhary added another feather in their cap as the duo clinched another gold medal, this time at the 10m Air Pistol mixed team event in the Asian Airgun Championship in Chinese Taipei.

In the qualification round, the pair shot a combined 784 which also helped them to break Russia’s Vitalina Batsarashkina and Artem Chernousov’s world record set at the European Championships five days back.

In the final round, they shot 484.8 piping South Korea’s Hwang Seongeun and Kim Mose, who had to settle for a silver medal after scoring 481.1. Chinese Taipei bagged the bronze medal as Wu Chia Ying and Kou Kuan-Ting could only muster up 413.3 points.