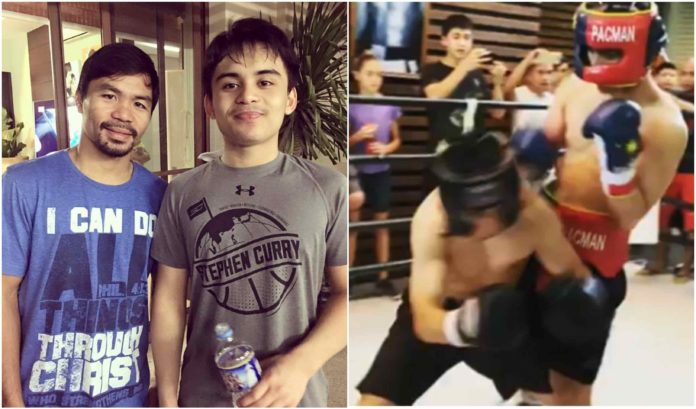 Legendary eight-division world champion from the Philippines, Manny Pacquiao needs no introduction. He is an explosive fighter inside the rin, but outside he is a humble family guy.

Pacquiao rose from abstract poverty in his home country and made a name for himself in the United States by beating legends like Juan Manuel Marquez, Marco Antonio Barrera, Miguel Cotto, Oscar De La Hoya etc. He knows the struggle he had to overcome to become a superstar. For that very reason, he has been adamant about not allowing his son to try their hands in boxing. 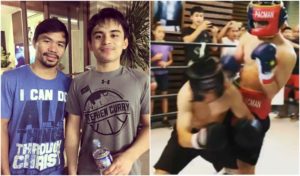 Pacquiao said he cannot watch his son, Emmanuel Jr get hurt inside the ring. But last month, Jr made his amateur debut in a boxing gym in Manila where he absolutely destroyed his opponent and even knocked him down in the first round.

“I said, son that’s my line, you are copying my line’,” he added, saying the teenager’s words softened his stance.

“Then Jimuel told her,’Mummy, you’re killing my dream’. So what can we do? We just let him,” he added.

Manny also said that his son is training every day and watching his old fights on TV.

“He is training every day. I see him in his room watching my fights in TV almost every day,” Pacquiao said.

“It pains me because I know how hard is boxing. I can’t stand to see my son getting beaten. It’s okay if I am the one who will be beaten.”