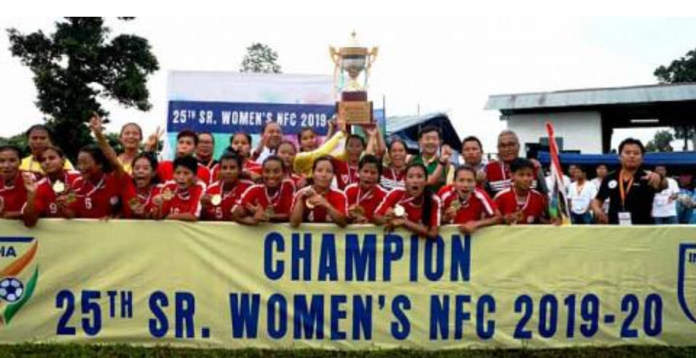 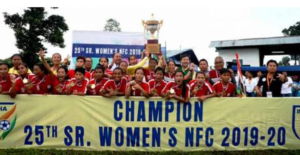 In the final between Manipur and Railways, both the teams came with a defensive approach. However, they started to attack with more intensity after few minutes from the beginning. The defenders of both the sides should be given credit for keeping the clean sheet in the first half of the match.

The centre forward of Manipuri women’s team, Bala Devi already scored 20 goals in the tournament so far in the tournament. He got the best opportunity to score for Manipur at the 67th minute of the match. The goalkeeper of Railways was unsighted for a moment and Bala Devi took the full opportunity of it. After getting the first goal of the match, Manipur went defensive again.

Railways got some good opportunities to equalise the scoreline at the remaining minutes of the match. However, they failed to convert those into goals. The match ended by a margin of 1-0 in favour of Manipuri women’s side and they won the Hero Senior NFC title.