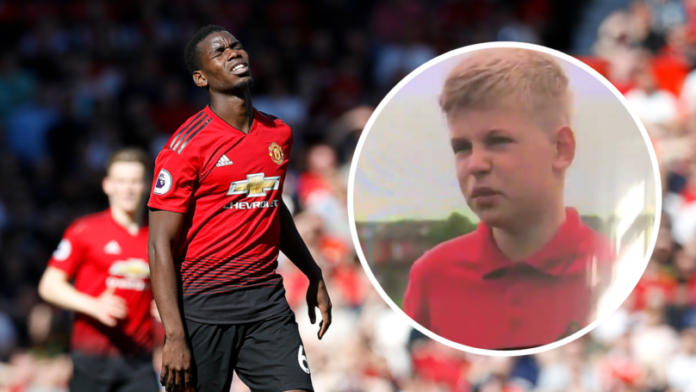 Manchester United had a disastrous 2018-19 season where they got knocked out in the quarter-finals of the UEFA Champions League and failed to finish inside the top four. The fans have been disappointed with the performance of their players in particular and a little fan expressed his exasperation in a live broadcast of ITV.

The reporter asked him which was his favorite club to which he replied Manchester United. However, his reaction to the next question, who his favorite player was, summed up their fans’ disappointment.

“None of them. They are all rubbish.”

Manchester United fans came out in support of the child as he spoke nothing wrong. Jose Mourinho was sacked halfway through the season as the club’s ambition to win the Premier League title looked all but over.

Ole Gunnar Solskjaer was appointed as the caretaker manager and his honeymoon phase saw a change of fortunes for Manchester United albeit for a brief time. However, once he was given a three-year contract, they turned upside down with the club’s season ending with a loss to bottom-placed and now relegated Huddersfield.