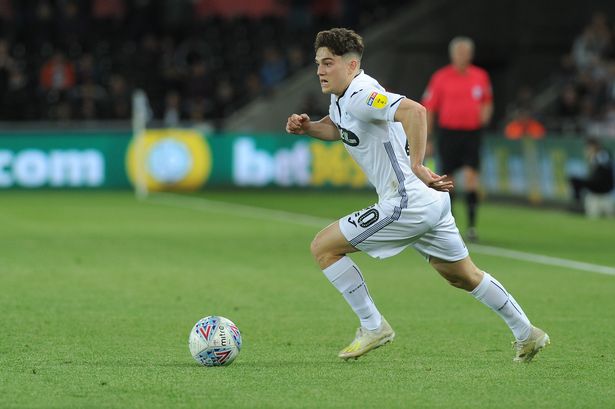 Manchester United announced their first signing under Ole Gunnar Solskjaer having sealed the deal for Swansea winger Daniel James on a five-year deal.

After weeks of speculation, the Red Devils confirmed their first deal, in what is supposed to be a very hectic period down at Old Trafford.

The 21-year-old winger who has made the rounds with his lighting pace is expected to be a huge part of Solskjaer’s plans next season.

Swansea City are expected to receive £15 million up-front with an extra £3 million in the form of add-ons.

The transfer of the Welsh International was delayed after the sudden demise of his father. There was a late twist into the saga with Swansea demanding more from the Red Devils and AS Monaco looking to sweep at the last moment as well.

Daniel James expressed his delight after signing for the three-time UCL winners. He said:

” For me, it’s surreal, really. I think every kid grows up wanting to play for Manchester United. I never thought I’d be able to play against them, never mind play for them, so it’s surreal, and I’m really looking forward to it. I can’t wait to get started.”

😆 In case you hadn't heard…