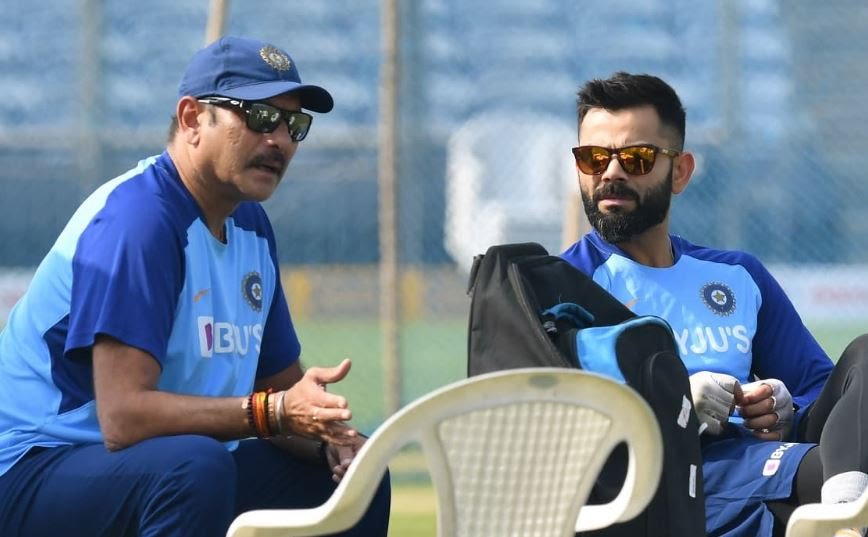 After some hectic off-field activity, the fifth and final India vs England Test in Manchester Test between had to be postponed indefinitely owing to the Covid-19 outbreak in the India squad.
India were the better side in the India vs England series and they came into the final Test match leading 2-1 in the series. However, the series had to be called off due to the prevailing scenario in the Indian camp.
Captain Virat Kohli is said to have conveyed on behalf of the Indian cricketers that an infection could show up in the next couple of days among the tourists – as the negative Covid-19 test results on the eve of the match were not a guarantee of an infection not germinating.
He reportedly suggested to the BCCI officials that the start of the match be postponed by two to three days.
Kohli also pointed out that with head coach Ravi Shastri down with Covid and several other members of the support staff likewise, India would have to enter a crucial Test without key off-field advisers and strategists and back-up officials, including physiotherapists.
The schedule for domestic and international fixtures in an English cricket season is decided nearly a year in advance and cannot generally be tweaked ad hoc. The decision not to go ahead with the Test was officially taken just two hours before the start of play. 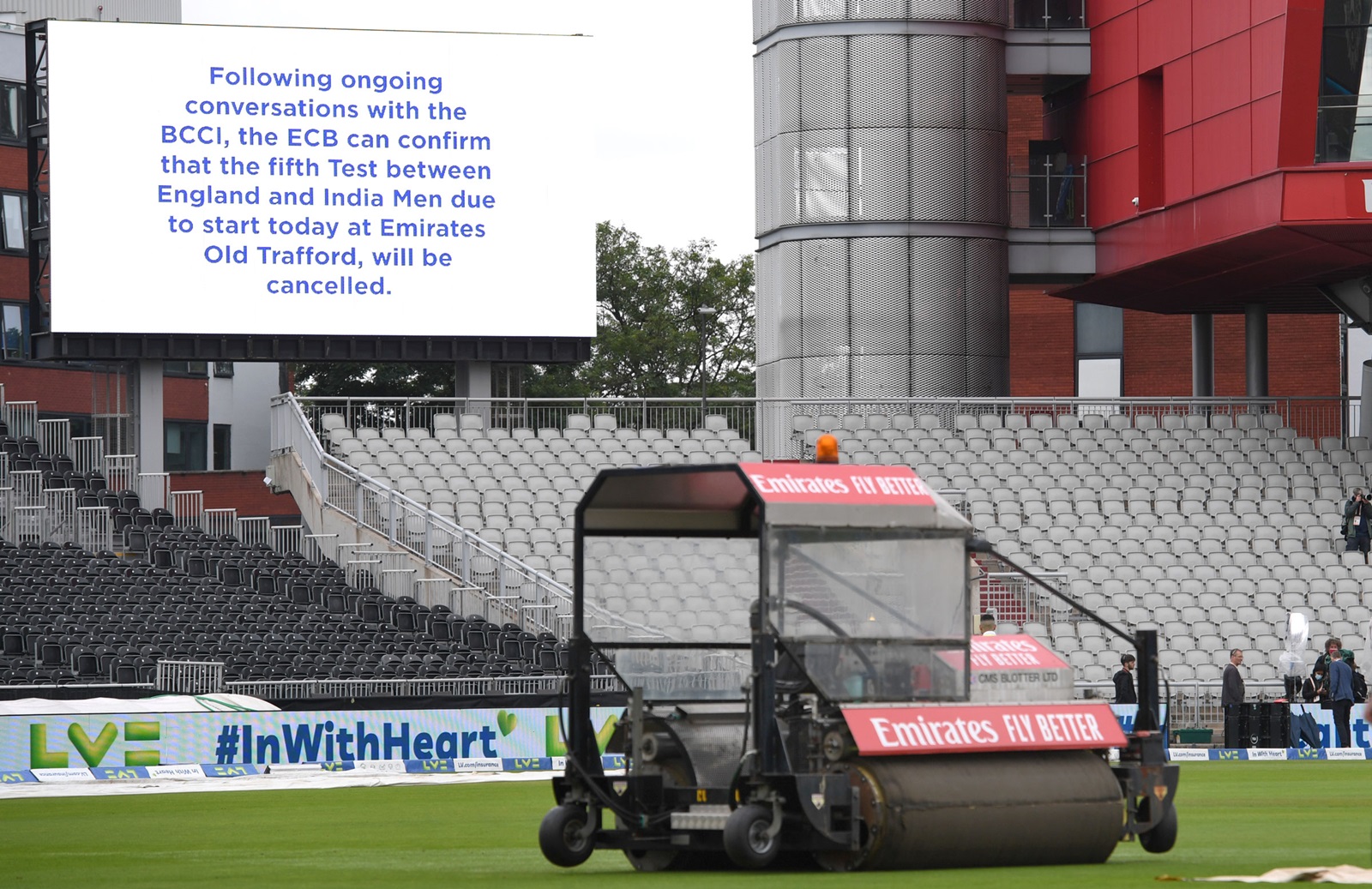 Manchester Test: ECB set to lose up to 20 million

According to reports, the postponement of Manchester Test t will definitely prove costly for the England and Wales Cricket Board (ECB), which gets much of its revenue from men’s Test matches and could be down a further 20 million pounds ($27.7 million) with no Test at Old Trafford.
Lancashire County Cricket Club (LCCC) will also have to deal with a big financial setback with an estimated loss of close of 1 million pounds.
Former England captain and now a cricket pundit Nasser Hussain said that the IPL was non-negotiable for the Indian cricket board, adding that the BCCI was not too happy about the positioning of the fifth Test close to the IPL, which is being held in the United Arab Emirates.
In fact, Tom Harrison, the Chief Executive Officer (CEO) of ECB has said that England and India facing each other in a rescheduled Manchester Test will be a stand-alone situation.

The biggest question is how the Test series will be resolved. That the ECB quickly retracted their assertion India had forfeited the match is important because a forfeiture would give England the match, a share of the series and World Test Championship points.
Almost 80,000 tickets of the Manchester Test had been sold in advance for the first four days, with fans set for a full refund.
If the Test series was the only thing on the BCCI and India’s agenda, they could well have waited for a few days, allowed things to calm down, gain clarity on who might be identified a “close contact” and then move the series towards the finale it deserved.
Instead, the second leg of the IPL, which was suspended after the bio-bubbles were somehow breached in April and May in India, has been squeezed in from the 19th of September.
The second leg of the IPL 2021 is all set to begin on September 19 after it was postponed earlier in the year due to the surge in Covid-19 cases in India and a few of the players in the bio-bubble testing positive for the virus.
India are due to travel to England to play three Twenty20 and three one-day internationals in July next year, presenting one opportunity for a Test to be played.
India and the BCCI almost always get their way, they did this time as well, but at at expense of an average cricket fan!