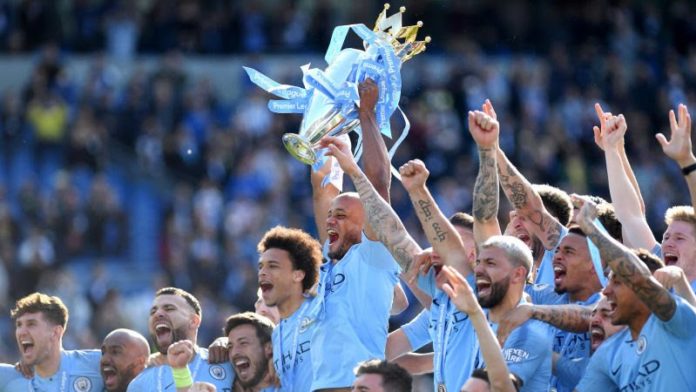 Manchester City retained the Premier League title for another season as they won their last match against Brighton and Hove Albion with a margin of 4-1. Manchester City desperately needed this win to win the title. The title race went till the last matchday and Manchester City just edged Liverpool by just 1 point. 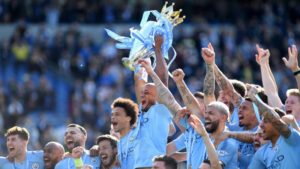 In this must win situation, the start of the title holders was not according to their plans. Brighton got the lead in the first half of the match with a goal of Glenn Murray. At that point of time, Liverpool were leading against Wolves with a margin of 1-0. However, Sergio Aguero equalised the scoreline for Manchester City.

Aymeric Laporte scored an important goal in the first half to give Manchester City a 2-1 lead. Riyad Mahrez scored one great goal in the second half of the match for the away side to keep them in an advantageous position. Ilkay Gundogan scored a brilliant free kick goal to secure the Premier League title for Manchester City for another season.

With this win, Manchester City went to 98 points whereas Liverpool finished their season with 97 points. The back to back Premier League win will certainly help Pep Guardiola and Co to forget their failure in the Champions League.

Chelsea secure the Champions League spot with a win over Watford

Aaron Ramsey will not feature again for Arsenal