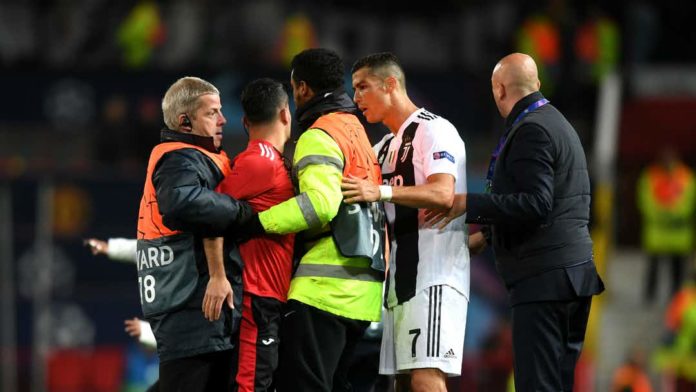 Cristiano Ronaldo’s return to his former stomping ground of Old Trafford was a joyous one for the Portuguese superstar but the same cannot be said for Manchester United. In addition to the 1-0 home loss, the Red Devils were hit with a fine of 8000 Pounds for multiple pitch invasions by fans a little to eager to get close to the former United number 7. 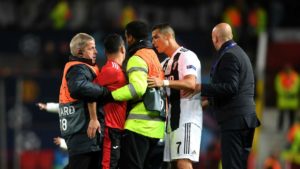 The UEFA Control, Ethics and Disciplinary Body delivered their verdict on Friday. United were fined a hefty 15000 Pounds earlier in the competition for arriving late to their Valencia game after the team bus was caught up in heavy traffic in the streets of Manchester. The game started fifteen minutes late.

Ronaldo was one of the best players during his time in England and one of the biggest Manchester United legends of all time so the fans not being able to stay put in their seats at the sight of the Portuguese isn’t something to be surprised about.

United currently sit in second place in Group H, a couple of points behind Juventus whom they beat 2-1 at Turin. Their next European fixture is at home to Young Boys with the Red Devils needing a win to secure qualification to the round of 16.