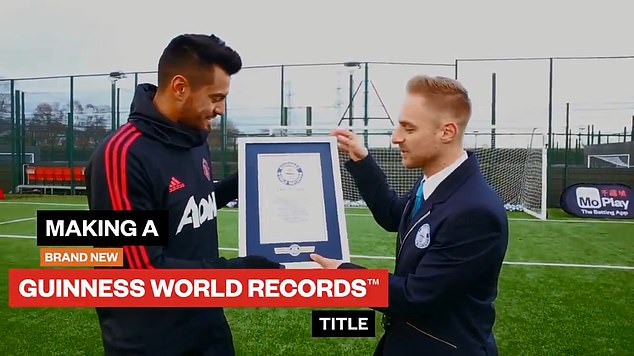 Sergio Romero has earned a place in the Guinness Book of World Records. The Manchester United goalkeeper broke the record for the number of goals scored from the halfway line in a minute. 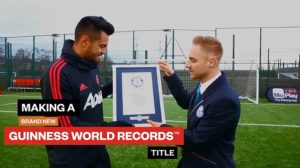 Romero competed with teammates Ander Herrera and Phil Jones for the record. The Argentine managed 20 goals in a minute. Jones managed 19, and Herrera could muster 14. The previous record stood at 5, and Romero absolutely annihilated it.

Adam Brown was the Guinness World Records adjudicator, and he explained the rules for the attempts. The shot had to be strictly from behind the halfway line. Also, the previous shot need not go in for the player to take the next attempt.

All three players were exhausted after the minute, and it is definitely not as easy as it sounds. Herrera said, “I didn’t expect it was going to be that tough.”

Even Romero, despite winning it was panting at the end. “I need some water and oxygen,” he said afterward. This is Romero’s fourth season at Old Trafford, and he was signed in 2015 from Sampdoria. He has made just 43 appearances thus far. The major reason for that is none other than David De Gea. He should return to the side against Wolves in the FA Cup on March 16.

Maurizio Sarri takes the blame for Chelsea’s heavy 4-0 defeat against...

Chelsea seal a nervy win against Fulham to stay in the...