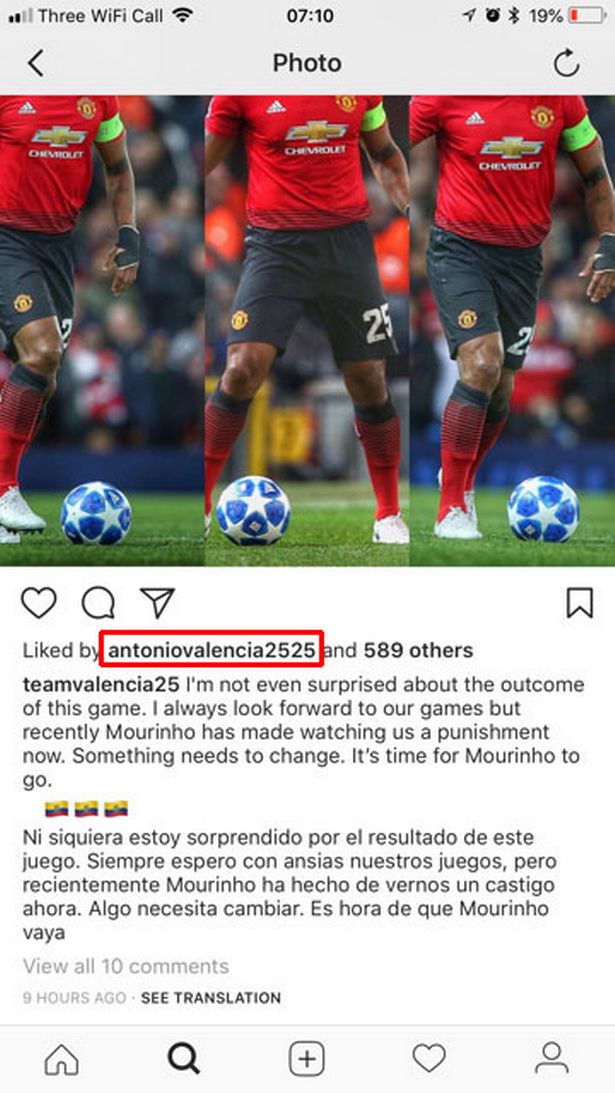 After a 0-0 draw with Valencia in the Champions League on Tuesday , The Reds’ captain Antonio Valencia found himself on shaky grounds after instagram users saw a Mourinho-out photo liked by the United Captain himself. 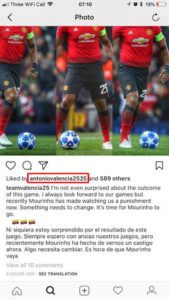 This fan page clearly expresses their opinion that Mourinho should leave in the post in question and Antonio Valencia seemed to be flirting with anti-Mourinho opinions by liking it.

Given the fact the news was all over Twitter, Valencia was always going to have to make an official statement to clarify his actions.

Yesterday, I liked a post on Instagram without reading the text that accompanied the picture. These are not my views and I apologise for this. I am fully supportive of the manager and my teammates. We are all giving our everything to improve the results. pic.twitter.com/bMEsrAwMkh

However, the Ecuadorian clarified that he’s fully backing the boss.

At this critical and disappointing time in United’s history, the players should look to avoid social media as anything that can be criticized , will more often than not be fully criticized. Even the management at Old Trafford is not taking player’s social media antiques well which was clear when an Instagram post of Paul Pogba lead to a training ground bust-up between Jose Mourinho and the United midfielder.

On a humorous note, no wonder Rio Ferdinand previously said that players should be banned from social media.