There are a few things in the Indian Premier League (IPL), which are perennially constant. The audacious batting of Rishabh Pant, the accuracy of Jasprit Bumrah’s yorkers and Mumbai Indians’ (MI) never-say-die attitude.

After their loss in the opening encounter against Virat Kohli-led RCB, the Mumbai Indians registered their first win of the season against Kolkata Knight Riders in a tense encounter.

That MI were chasing the match for most of the evening, and yet came up trumps against all odds is typical MI. It was a classic contrast of tactics—one out of the box in Eoin Morgan, one more orthodox in Rohit Sharma.

In the end, the latter prevailed, with MI turning the contest in the final quarter to sneak out with a 10-run victory in Chennai.

That the Mumbai Indians always find ways to win from almost impossible scenarios is a default setting, which just about explains why they are two-time defending champions of the IPL.

On Tuesday, Kolkata Knight Riders needed 31 runs off 28 balls when Andre Russell joined hands with Dinesh Karthik in the middle in their IPL 2021 match against defending champions Mumbai Indians in Chennai on Tuesday. As astonishing as it may sound but both Russell and Karthik batted till the last over.

How do the Mumbai Indians manage to pull the rabbit out of the hat all the time is a thing to ponder.

Last year’s victory, apart from putting to rest some of the superstitions that the team bizarrely took too seriously, also asserted that the current side under Rohit Sharma is an all-weather unit. They out-planned, out-trained and out-executed oppositions even in foreign conditions. And what awaits them in 2021 is something similar, with no home games to take advantage of. 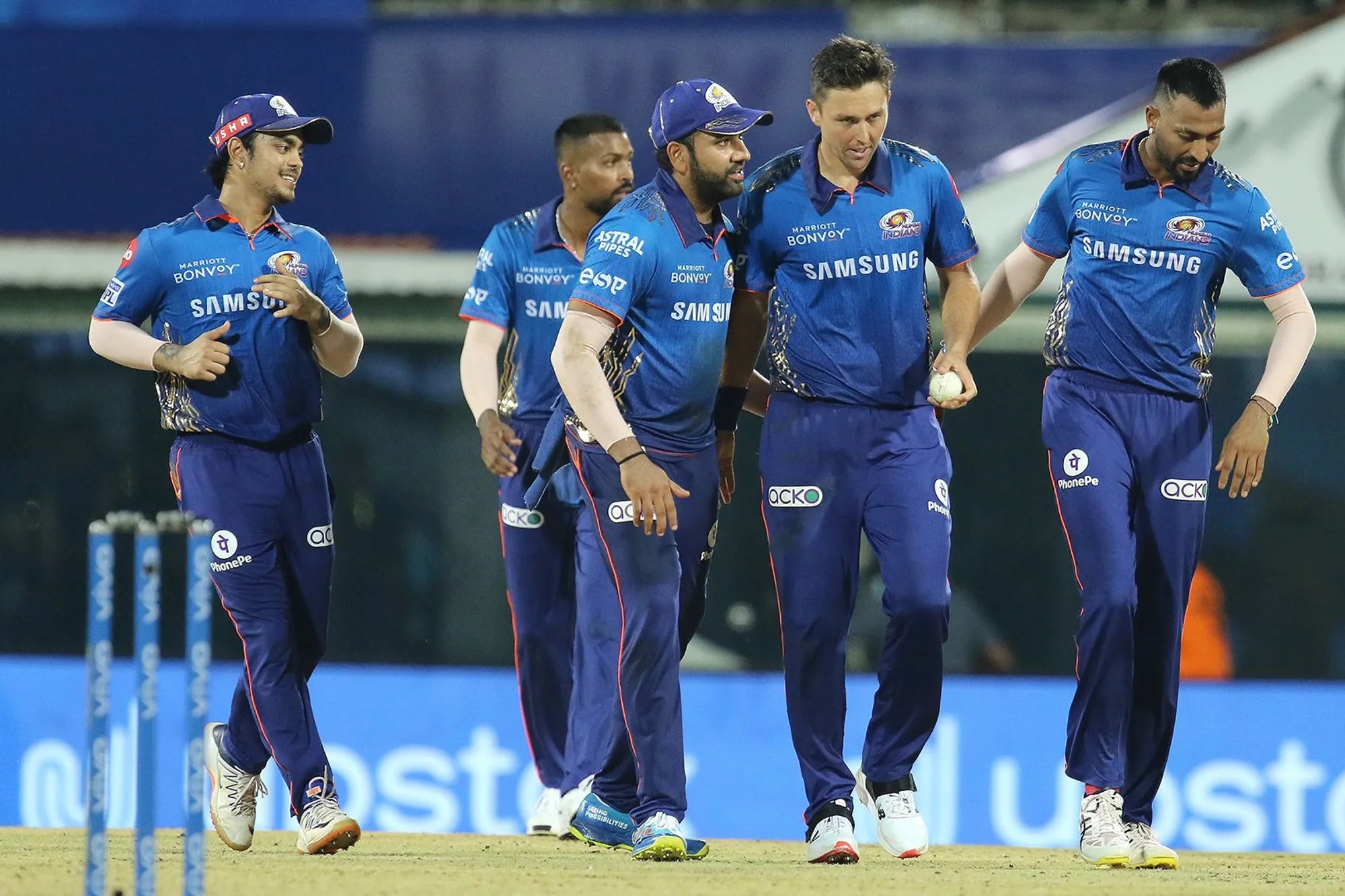 For the defending champions, striding out to open captain Rohit Sharma as well as their wicket-keeper batsman Quinton de Kock assure them of a brisk start. They have been a formidable force at the top of the order and they can be expected to give solid starts to the side.

Suryakumar Yadav and Ishan Kishan gave a glimpse of their unbridled ability against England in the just-concluded T20I series. Now, with renewed confidence, they will walk out for Mumbai Indians. And then, there is the presence of Kieron Pollard that adds depth to the squad.

The Pandya brothers add balance and pedigree to the side and they will be the finishers in the side for the defending champions. Also, we could see the presence of Nathan Coulter-Nile who also has the ability to use the long handle.

Mumbai Indians: Rising when it counts

Rohit Sharma has led MI to five championships in the tournament, but arguably none as convincing as the one in 2020. After their customary defeat in the tournament opener against Virat Kohli-led Royal Challengers Bangalore, Mumbai Indians have shown why are they considered perennial IPL favourites.

With the team playing nine matches in Chennai and Delhi, however, the franchise might be more dependent on the new arrival of Chawla and could have to step away from their tried-and-tested two overseas pacers plan.

Unlike many other squads, which face a clear concern or three, the question facing Mumbai Indians is perhaps the most intangible. Law of averages, perhaps? Maybe a hint of complacency here or there? The rub of the green going the other side on a couple of nights? Because, otherwise, the franchise has answers to most of their cricketing questions. Except, perhaps, how to win on opening night.