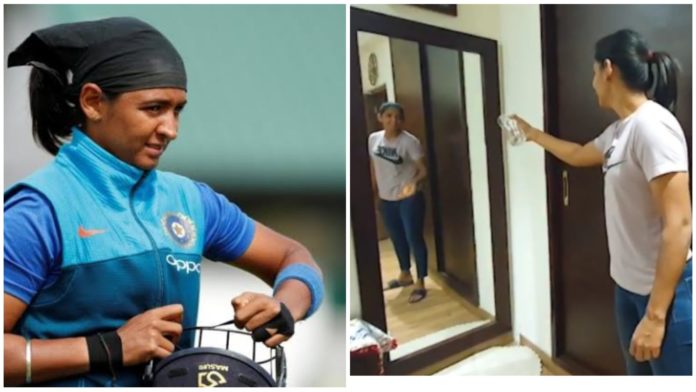 The Covid-19 pandemic has brought humanity to reside in permanent home arrest but not all is negative about the situation. In addition to decrease in pollution, adequate rest and family bonding, the lockdown has also given people a chance to dig in those childhood hobbies. Celebrities are not away from such simple pleasures, as is understood by the example of Harmanpreet Kaur. 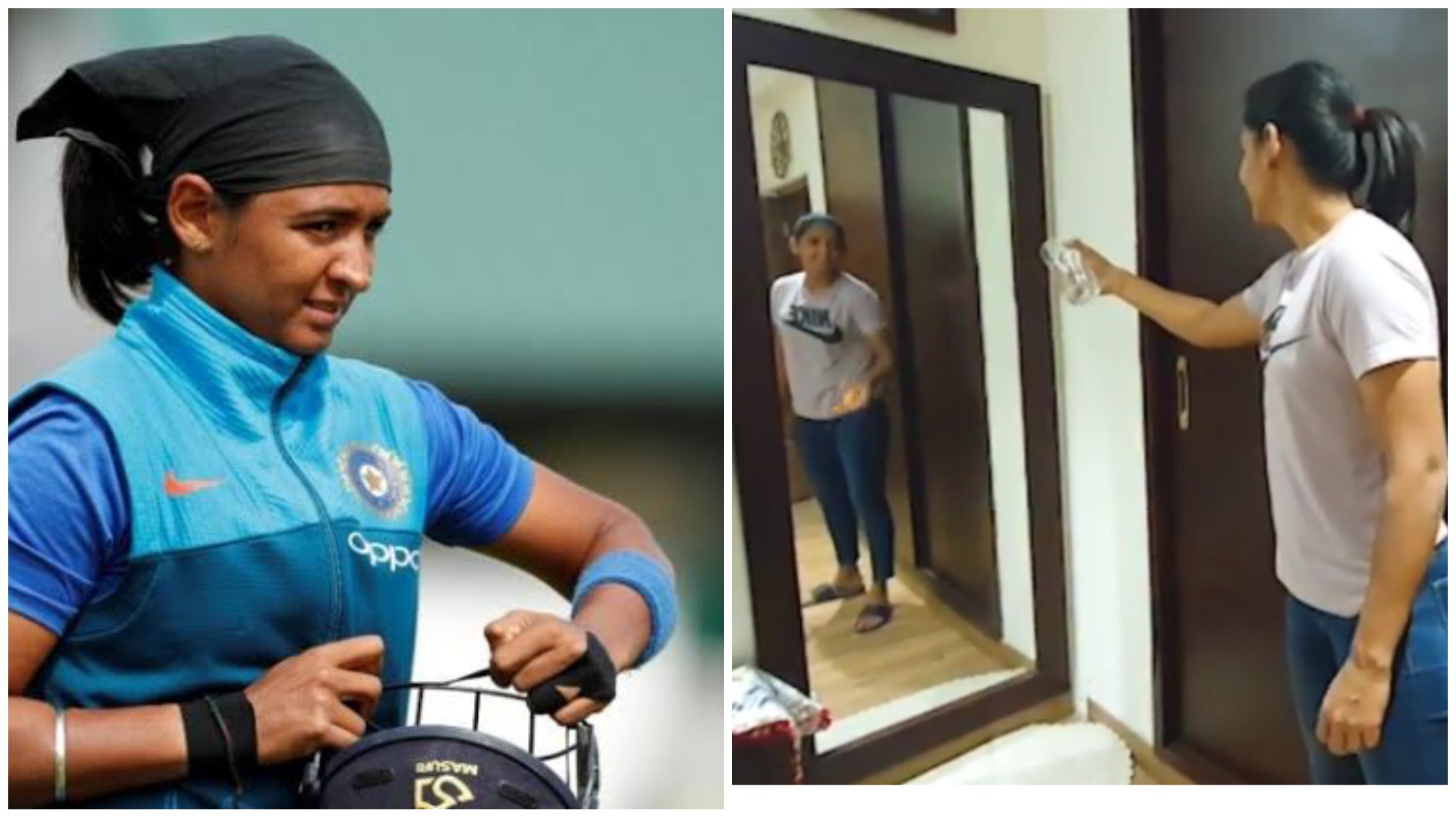 Harmanpreet Kaur has used the rest to her advantage, as she is seen mastering a magic trick / illusion in her recent video shared on Instagram. The video shows Kaur standing in front of a mirror while she holds a glass with a ball in it. She proceeds to throw the ball towards the mirror and it seems as if her reflection on the other side of the mirror has netted the ball perfectly with the glass.

“Mirror, mirror on the wall, who the realest of them all,” Harmanpreet Kaur captioned the post, clearly in the mood for some Arabian Nights-inspired magic.

Mirror, mirror on the wall, who the realest of them all.

The video expectedly was a hit on social media, puzzling fans. Many fans in the comment section went on to ask the process behind the illusion.

Harmanpreet Kaur has had a very successful international career until now. He is the first Indian woman to ever play in the biggest T20 tournament for female cricketers: The Women’s Big Bash League in Australia. Sydney Thunders signed her in the 2016-17 season. She also captained India in various international tournaments, including the ICC Women’s T20 World Cup in 2020 where India went to the finals before losing to the hosts, Australia.

Kaur has played 2 Tests and have been quite successful with the ball instead of the bat. While he scored 27 runs, she scalped 9 wickets, including 5 wickets in a single innings. In One Day Internationals, Kaur has played 99 matches in which she scored 2372 runs at an average of 34.88 with 3 centuries and 11 fifties. Her top score of 171 came as a blistering 115 ball knock during the 2017 ICC Women’s World Cup. She has also taken 23 wickets in ODIs.