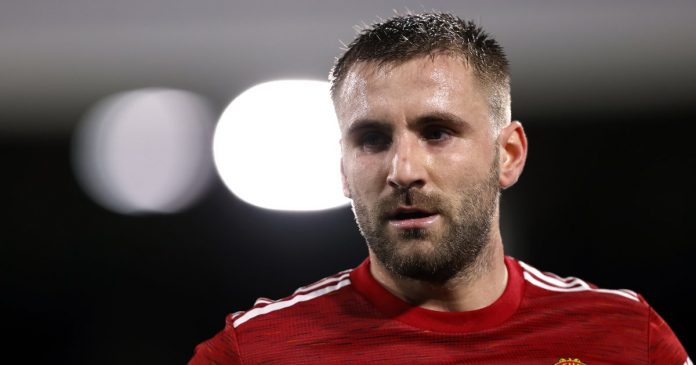 In the past year, Luke Shaw has turned into one of the best left-backs in the world. While Andy Robertson is the widely-considered best LB in the Premier League, Shaw has quietly risen up the ranks as a contender for the distinction.

The Manchester United LB has drawn comparisons to Brazilian legend Roberto Carlos. Some people have even given the loving moniker ‘Shawberto Carlos’ due to his fantastic play. The Premier League is not the only competition where Shaw has proven his worth because he’s also England’s top choice at LB and he’s integral to United’s runs in the Champions League and Europa League. 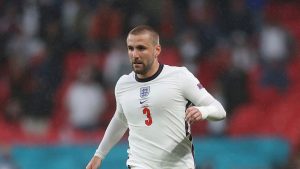 Carlos himself talked about Shaw and his stellar performances in the Premier League and for England during the European Championships. The legend said, ‘You can see he’s very motivated, his performance against Ukraine was very good. He’s been improving each game. I think he’s got everything to get to the top. He’s the left-back for England — that in itself says a lot’.

Shaw’s growth from José scapegoat to a legit star

During José Mourinho’s stint as United’s head coach, he always talked about Shaw and his underperforming. It looks like Shaw has helped his case to become England’s first-choice LB since he has played so well to the point that he’s known as the best LB in the loaded EPL cast.

Shaw himself wanted to distance himself from the José controversy during those turbulent times. A member from his camp proved that Shaw does not care for all of those comments because he knows his worth and he knows how to perform well when given the right chance and not just the scapegoat of the team.

Ole Gunnar Solskjær gave Shaw the confidence that he needed to perform and it has translated well. Shaw is now the starter for both United and England and it looks like he will not be dropped from both squads anytime soon. At just 25 years of age, this is the right time to build his legacy and it’s paying off with the solid experiences that he has gone through.

Shaw is confident in his abilities

During José’s time with the Reds, Shaw struggled to cement himself as a member of the regular rotation. The manager didn’t like his well-rounded approach to the game with his stellar defence and an adept pair of eyes to keep up with the problems.

Despite his success, Shaw is still confident in his abilities to play better. He even responded to the praise Carlos gave him a few weeks ago.

‘Obviously, it’s so nice to hear that from one of the best left-backs ever and after the game when I had seen he had followed me and commented on my photo, I couldn’t believe it to be honest’, Shaw said. ‘It was a weird feeling, but one that I take massive respect from it and it’s really nice to hear words from someone like that’.

It will be interesting to see how Shaw will fare in the 2021-22 season of the Premier League. He is seen as a cornerstone for United now and it will be a shame if they miss out on Shaw’s physical prime and how it can be used for victory.