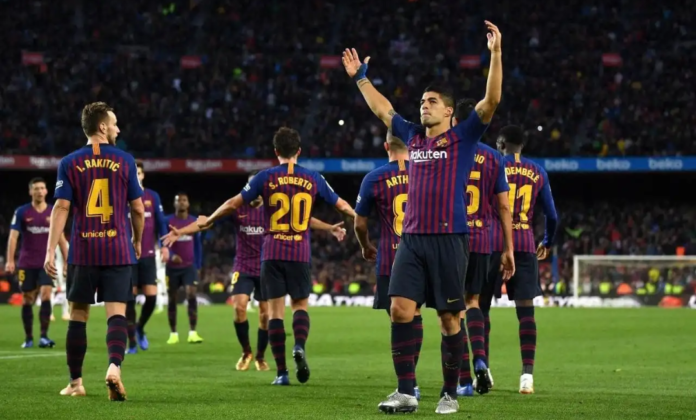 Barcelona thrashed Real Madrid with a margin of 5-1 at Camp Nou in the El Clasico on Sunday. The Catalan Giants were without Lionel Messi in this El Clasico as the Argentine superstar is recovering from the injury in the previous match against Sevilla in the La Liga. Many would have thought that this Real Madrid side might have a chance against Barcelona despite their poor form as the main man of Barcelona was out of action. But, Barcelona players have shown that they are capable of winning matches without Lionel Messi. 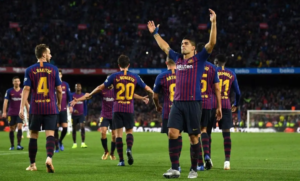 Philippe Coutinho opened the scoresheet for Barcelona at the 11th minute of the match. Jordi Alba provided a brilliant ball towards the Brazilian winger and Thibaut Courtois had no clue about the shot of Phillipe Coutinho. Luis Suarez doubled the lead for the Catalan Giants at the 30th minute of the match as he successfully converted from the penalty spot. The first half of the match ended with a scoreline of 2-0 in favour of Barcelona.

Real Madrid tried to make a comeback in the second half as Marcelo pulled one back at the 50th minute of the match. But the day was written for Barcelona as Luis Suarez doubled his tally at the 75th minute mark of the match. The Uruguayan centre forward completed his Hat-Trick by a brilliant lob over the head of Thibaut Courtois at the 83rd minute of the match. Arturo Vidal sealed the game for Barcelona coming as a late substitute for Arthur Melo. The match ended with a scoreline of 5-1 in favour of Barcelona at Camp Nou. With this win, Barcelona went to the top of the La Liga with 20 points in their 10 matches so far in this season. On the other hand, the Los Blancos went down to the ninth position in the League Table with only 14 points in the same number of matches.