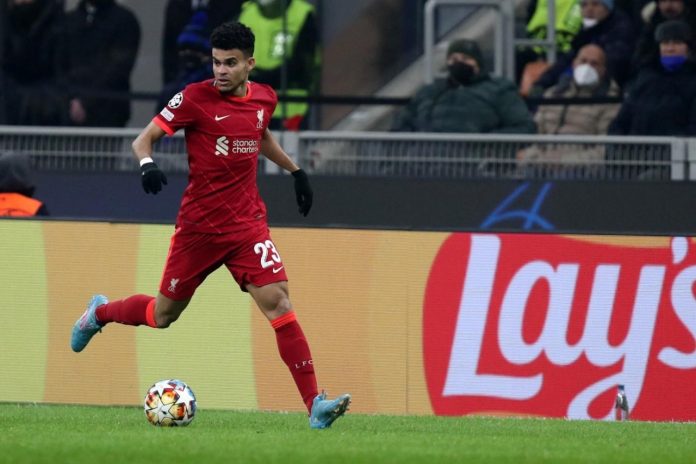 It’s fair to say that Liverpool’s supporters had been waiting for the club to make a real impact signing in the transfer window. With the futures of both Mohamed Salah and Sadio Mané looking increasingly uncertain, it seemed paramount that Liverpool brought in a talented forward to demonstrate that the club still had ambition to compete with the best.

Cue the arrival of Luis Díaz, whom Liverpool pinched from under the nose of Tottenham Hotspur in the dying moments of the January transfer window. It was a bold move from the club, but once it became clear that FC Porto had lowered their asking price to an initial £37 million, Liverpool had no option but to swoop in.

A couple of months on, the decision to bring Díaz into the fold has been more than justified. The Colombia international’s performances have been sensational so far, injecting exactly the kind of pace and energy that Liverpool needed to freshen up their attack at the midway stage of the 2021-22 season.

Possessing a skilful set of attributes, and a penchant for taking on defenders one-on-one, Díaz’s displays so far have excited the Anfield faithful no end, and already supporters are tipping him for big things  in the years to come.

His first goal came in a 3-1 home win over Norwich City, who are battling the tide in the Premier League relegation odds. Latching onto Jordan Henderson’s supreme finish, Díaz took one touch to set himself before lifting a delightful left-footed finish beyond Tim Krul and into the far corner. The Kop rose to salute their new hero, frenzied at the potential this new signing has to take European football by storm.

As good as that goal was, Díaz’s performance in the League Cup final against Chelsea has arguably been his most impressive so far. In a match that was nip-and-tuck throughout its 120 minutes, Díaz was Liverpool’s brightest spark, seeking to travel forward at every opportunity, giving Chelsea’s Trevoh Chalobah a torrid time at Wembley. When he was brought off in extra time, Liverpool’s supporters gave their new star a much-deserved standing ovation.

Díaz recently added a second Premier League goal to his name against Brighton, showing great bravery to get on the end of a Jöel Matip through ball to nod past Robert Sanchez, taking a clattering from the goalkeeper in the process. It was the goal that set the tone for a comfortable afternoon on the south coast, and once again Díaz shone like a diamond.

It’ll be interesting to see what happens with the contracts of Salah and Mané in the months to come. In Salah’s case, it seems as though things have stalled, and it may prove that Mané is only offered a new deal if the Egyptian decides that he’ll be seeking to leave the club.

Whatever happens, Liverpool fans can take comfort from the fact that they have a new star to get behind — a player who has shown already that he is prepared to give everything for the team. It will be exciting to watch Díaz’s Anfield career unfolding, and you can bet there will be plenty of thrilling moments along the way.