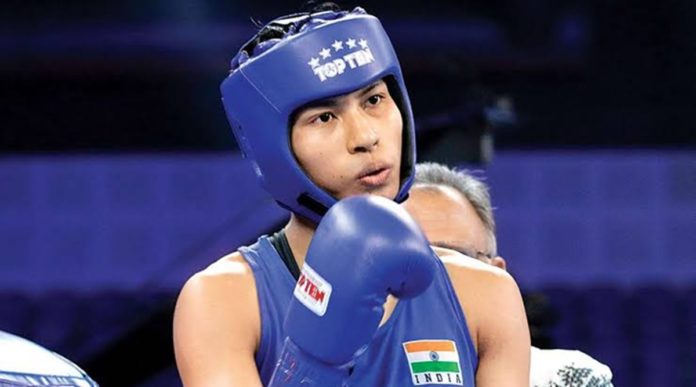 Lovlina Borgohain is one of the nine boxers qualified for the Tokyo Olympics. She is also rising fast to become one of the best female boxers from the country.

Lovlina has seen terrific success early in her career given the fact that she started boxing only in 2012. Since then, she has won two world championship medals, a bronze medal at the Asian Championships and she also reached the quarterfinals of the Commonwealth Games in 2018.

Shortly after her arrival from Jordan, the coronavirus pandemic reached India and the camps had to be cancelled. All the boxers including Lovlina Borgohain were sent back. The Sports India Show had the opportunity to chat with Lovlina Borgohain about her training scheduled amidst the global pandemic.

1.) How are you spending time under lockdown? Are you able to train?

Because of the lockdown, I haven’t been able to train properly. I wake up in the morning and do light freehands, but I do the intensive training in the evening.

Our coaches send us a training schedule and different workouts that we can do in our home and now I have gotten the equipment to train at home as well.

2.) You’re the first women from Assam to qualify for the Olympics, how does that make you feel?

Its an extremely happy feeling to have the honor of becoming the first athlete to qualify for the Olympics from Assam. People’s expectations have also risen massively because of this and they expect me to win a medal in Tokyo next year.

3.) How do you feel about the Olympics being delayed? Do you think it will affect your momentum because you won medals at world championships last year and during the Olympic qualifiers in Jordan?

No, it hasn’t affected me in any way. I would have if affected had the Olympics not been postponed. Because of the ongoing pandemic, the camps have been cancelled and we haven’t been getting high-level training as a result. 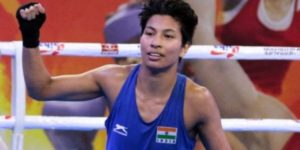 With the Olympics taking place a year later, I am more confident that I would be better prepared by next year.

4.) You started your career as a Muay Thai fighter, but later switched to boxing, do you think you would have been able to see this level of success if you were still competing at Muay Thai?

No, I don’t think so. When I trained as a Muay Thai fighter, I only did it for maybe two months a year. I was a school student and I only had training on Sunday, so I wasn’t fully focused on Muay Thai. Also, there’s no Muay Thai at the Olympics. With that being said, I was heavily benefitted by Muay Thai while making a transition into boxing.

5.) Your sisters were able national level kickboxers, do they help you in training?

Both are different sports and they are helping me with pad work and stuff like that.

6.) Right now there are a lot of great boxers coming out of Assam like Jamuna Boro, Ankushita Boro, Bhagyabati Kachari, what do you think is the reason behind this? Is the government providing better facilities or do you credit the coaches?

Jamuna, Ankushita, and Bhagyabati have been boxing for a longer time than me. They have been boxing long before I even started training in the sport. But then there were issues with our federation as it was banned by the International Olympic Council. But the Boxing Federation of India under the guidance of Ajay Singh has been supporting us a lot. The government has also been a helping hand, but the majority of the credit goes to our coaching staff, who have been training us phenomenally.

7.) With the amount of success that you have seen in recent times, how are the people treating you? Are they recognizing you more in your locality or are you receiving any sort of celebs like treatment?

I am from a very humble background. So in my hometown, everyone treats me like their own. They are treating me like how they treat their family, friends, etc.

8.) How do you see yourself performing at the Olympic games next year?

With the Olympic being delayed I have a lot of time on my hands to train. I am extremely confident that by next year I will be fully prepared and I will fulfill my dreams of becoming an Olympic champion.