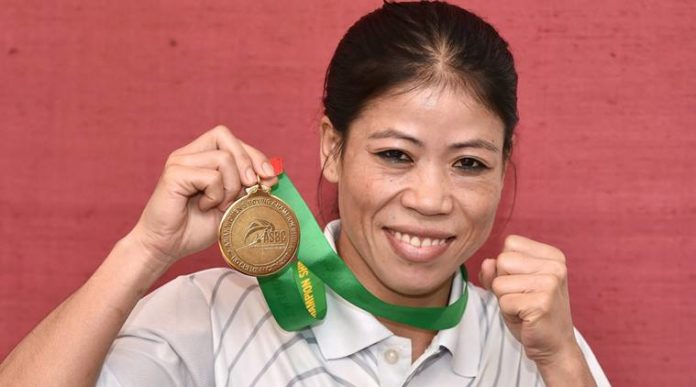 The 2018 AIBA Women’s World Boxing Championships will commence from 15th November in New Delhi, and India’s brightest medal prospect Mary Kom will be satisfied with nothing but gold. “I love all my medals and I will try to get a 6th World Championships gold here,” said the eternally confident Mary Kom while chatting with Hindustan Times.

“Magnificient Mary” had last participated at the 2012 World Championships where she got knocked out by England’s Nicola Adams in the quarterfinals. However, that was in the flyweight category. “I am competing in world championships in my category (48kg) after a long time. That is an advantage. I won gold in 2006 here in front of home crowd and this time too I want to gift gold to my country. I will try my best.”

The 35-year-old honorable member of the Rajya Sabha, mother of three children, and Rajiv Gandhi Khel Ratna awardee has no plans of retiring soon. “Why? Aur josh aa raha hai (I am having more energy now). I have a busy schedule. I do not want to miss a single practice session. Today was a sparring day for me and that’s very important.”

The Sportsindiashow team wishes her all the best for the forthcoming World Championships.