Cristiano Ronaldo, one of the greatest footballers ever to grace the game, turns 35 today. From a promising youth rising up the ranks in Sporting CP to marking his territory in the most elite European clubs like Manchester United, Real Madrid and now Juventus FC- the Portuguese veteran is still going strong at this age when most decide to hang up their boots. On this felicitous day, lets take a look back at Cristiano Ronaldo’s decorated career.

Under the guidance of the legendary Sir Alex Ferguson, Ronaldo arrived at Old Trafford from Lisbon in 2003. On 16th August 2003, the young winger made his English Premier League debut against Bolton Wanderers, coming off as a substitute for Nicky Butt. Soon becoming a favourite amongst the Red Devils supporters, he went onto win three EPL titles and one UEFA Champions League with them, before joining Spanish Giants Real Madrid in 2009.

For a world record transfer fee of £80 million, Ronaldo swapped sides with Los Blancos in 2009. The La Liga is when the renowned rivalry against Barcelona talisman Lionel Messi started. Ronaldo lifted two La Liga trophies, and won the UEFA CL title for an astounding four times, becoming the first footballer to win five Champions League trophies in the 2017-18 season.

Ronaldo’s achievements weren’t only limited to club football. The national team skipper lifted the team to the final of the UEFA Euro 2016 tournament, defeating France 1-0 to win Portugal’s maiden Euro Cup trophy. Ronaldo is also the highest goalscorer for the national team, with 99 goals from 164 appearances across all international competitions.

Ronaldo showed his class with Real Madrid, with back to back Ballon d’Or wins in 2013 and 2014. In 2017, Ronaldo became the second player after Messi to win the prestigious Ballon d”Or award for the fifth time in 2017, equalling the Argentine superstar for having the highest tally of the award in the history of football.

Ronaldo became the ultimate goal machine for the Galacticos during his 9 seasons at Santiago Bernabéu. The only footballer in the world with more number of goals than the number of appearances, Ronaldo has scored a monumental 426 goals in 421 appearances. He became the La Liga giants’ top scorer in 2015, after surpassing the club legend Raul’s record 323 strikes for the club, and was honoured by Real Madrid for the historical achievement.

The Portuguese champion’s decorated career is filled with iconic moments such as these. Even at an age of 35, Ronaldo has been in tremendous form with Juventus. Since his arrival in Italy in 2018, the striker is setting a new benchmark for the veterans who decide to retire by this age. With still many more yards to run, iconic moments like these will keep coming for Cristiano Ronaldo.

On his 35th birthday, Ronaldo posted a video on his official Instagram, saying that he has a ‘gift’ for his fans. The caption reads: “For my 35th birthday, i will have a very special gift…for you. Follow @cr7cristianoronaldo and stay tuned!” Check it out here-

For my 35th birthday, i will have a very special gift…for you. Follow @cr7cristianoronaldo and stay tuned!

Srinivas Gowda’s 100m record has been broken just a few day on by another buffalo racer! 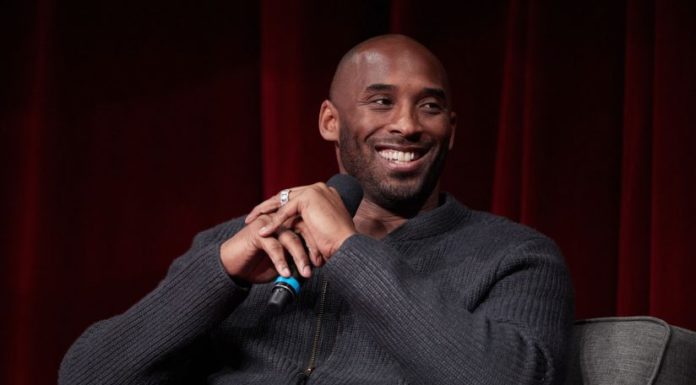 NBA: Kobe Bryant to come out of retirement to play with LeBron James? “Zero percent chance!”

Liverpool eyeing to make a move for Maxi Gomez in summer

The hunt for next winners of the LaLiga Football Schools Annual...