Liverpool have a brilliant and perfectly poised squad right now who are just fresh off a Champions League victory. They are the title favourites already and this is probably the best Liverpool team in the last 20 years. Now that the team is so set, the management are investing in the youth. The Merseyside club signed Van den Berg a few days earlier, who’s a 18 year old wonderkid and now have got their hands on the youngest player to play in the Premier League, Harvey Elliot. 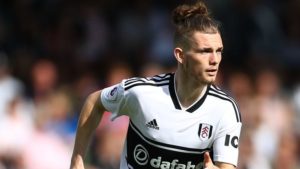 PSG, Real Madrid, Barcelona, United and Chelsea were all vying for this Fulham teenager’s signature and Chelsea and United scouted him extensively. However, Liverpool have won the race and are reportedly going to sign him as he turns 17.

His schoolboy association with Fulham ended in June and the Cottagers can expect a weighty compensation fee from Liverpool for the England youth international. Elliott became Fulham’s youngest player when he made his debut at Millwall in the Carabao Cup last September at 15 years and 174 days old.

He then broke the Premier League record in May 2019 against Wolves, aged 16 years and 30 days — the first player born in 2003 to feature in the division.

Fulham captain Tom Cairney said at the time: “He doesn’t look out of place and does some bits of magic that everyone says ‘wow.’

“His attitude and his belief in himself at such a young age is frightening. He’s a tricky winger who plays in the hole. He’s got a great football brain, an eye for goal and is a very entertaining player.”