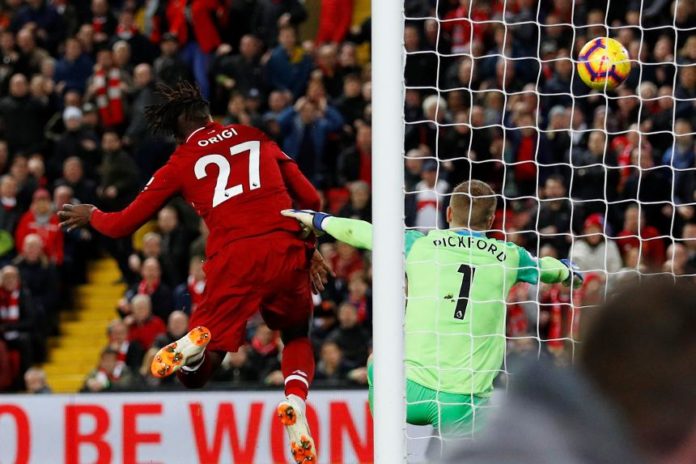 Saying that the Merseyside derby was crazy would be an understatement. In the most bizarre and unconventional fashion, Liverpool win the game 1-0 in the 96th minute through Divock Origi and no one seems to know how to explain the chain of events that unfolded in the few seconds prior to the goal. 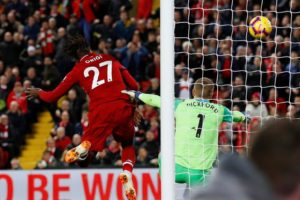 Divock Origi last appeared in the PL for Liverpool in the first gameweek of the 2017-18 season and was shipped off to Wolves down in the second division on loan. The Belgian striker came off the bench after a season away to win the Merseyside derby for Liverpool.

The narrative keeps getting incredible as one recollects the chain of events : Allison passes to Alexander-Arnold from a long free kick from the The Red‘s own half ; The English right-back , from the byline at the halfline crosses in a ball as the clock winds to 90+5 minutes; The cross is headed away by the Evertonian defence to Van Dijk who attempts a volley from 30 yards and completely miskicking the volley in the process; The skewed attempt from Van Dijk lands orthogonally on the top of the crossbar after a slight touch from Jordan Pickford and bounces on the crossbar once more before coming back into Divock Origi who anticipated the rebound; The Belgian heads it in as Pickford helplessly watches after being unable to read the course of the ball due to the rebounds.

It was a game of fine margins , but this unpredictable end to the Merseyside derby truly shows the PL matches’ margins for error is thinner than imaginable. Popular opinion was Everton didn’t deserve to lose and Liverpool got immensely lucky but either way, Divock Origi stars on a front page headline, Jurgen Klopp ran onto the pitch to celebrate the goal and it was a derby sunday to remember.