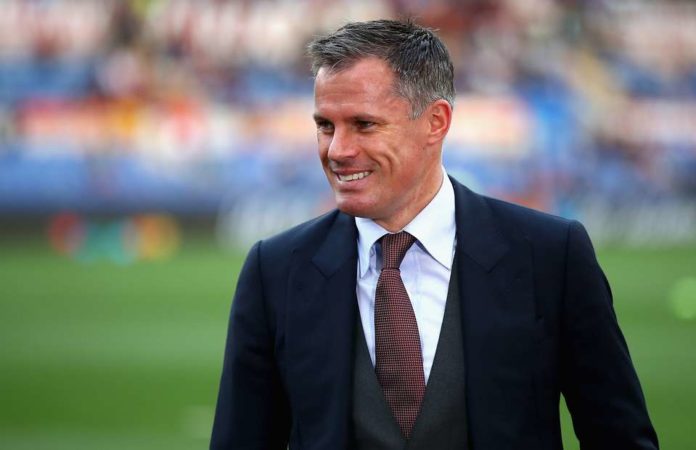 Jamie Carragher, ex Liverpool FC legend has caused a storm on Twitter after hinting that Manchester City are not as Manchester United.

City won the Premier League title last season with a record 100 points, and currently sit 18 points ahead of United.

Pep Guardiola oversaw a comfortable 3-1 win for City in November’s Manchester Derby, before Jose Mourinho’s sacking on Tuesday, but Carragher insists that United are the bigger club.

he former Liverpool defender wrote a column on Friday with his take on speculation linking Mauricio Pochettino to the United manager’s job, and sections of Tottenham’s support on Twitter took umbrage with the suggested notion that Pochettino would jump at the chance to move to Old Trafford.

When questioned on the view, with one supporter branding Carragher’s suggestion that Spurs will never be as big as United as “very naive and sensationalist” and citing City’s rise over the last decade, the Sky Sports pundit responded: “Man City aren’t as big as Man Utd!”.

The response caused a firestorm on the social media platform with United fans shockingly agreeing with the man who used to play for their rival club.

Here are some of the tweets:

You talk sense, just with a funny accent. #MUFC

There are bigger clubs in the championship than Man City.

No club is as big as United 🔴

Probably the only time I will ever agree with something you say ! 😁