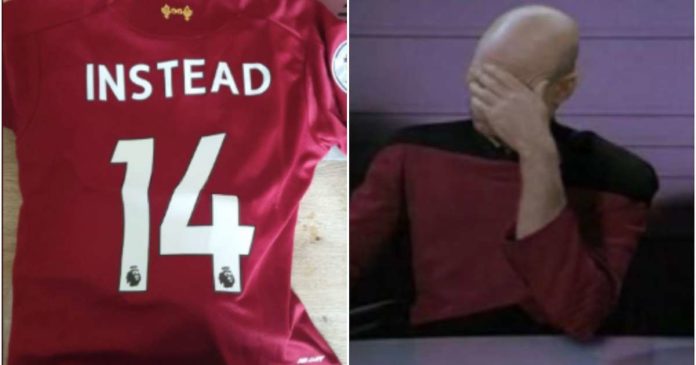 It’s a brilliant time to be a Liverpool fan. The historic club has won the CL for the 6th time which is an English record. But for one fan , things have gone sour and in the most comical way possible. 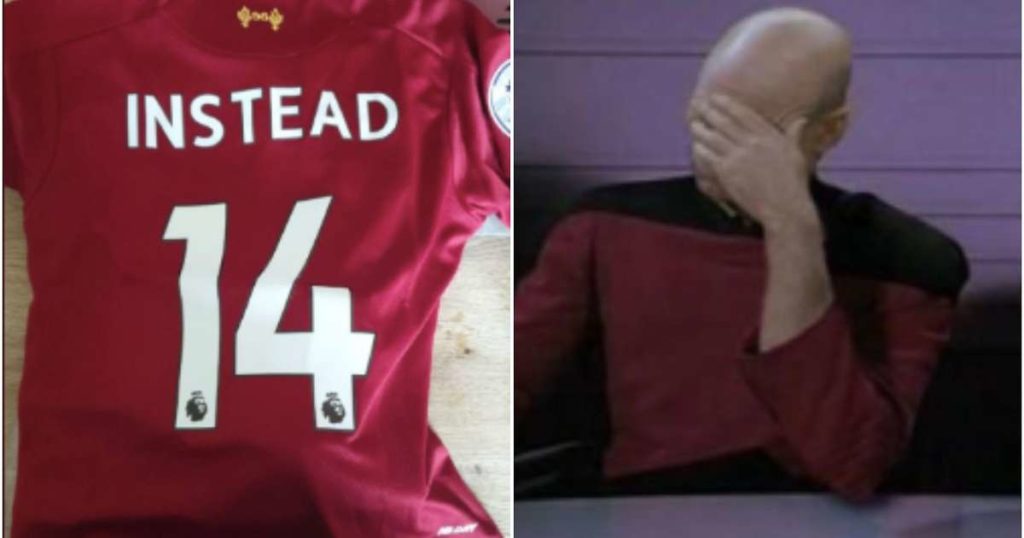 Paul Foster shared on his Twitter account a brilliant mishap where a Liverpool fan managed to get the name ‘Instead’ on the back of his shirt.

According to Foster, the Liverpool fan, who ordered a shirt from China, accidentally got the wrong number on the back.

They sent back asking to get ’14 instead’.

He ordered the shirt from DHGate, a Chinese online firm and the first shirt had his kid’s name on the back.