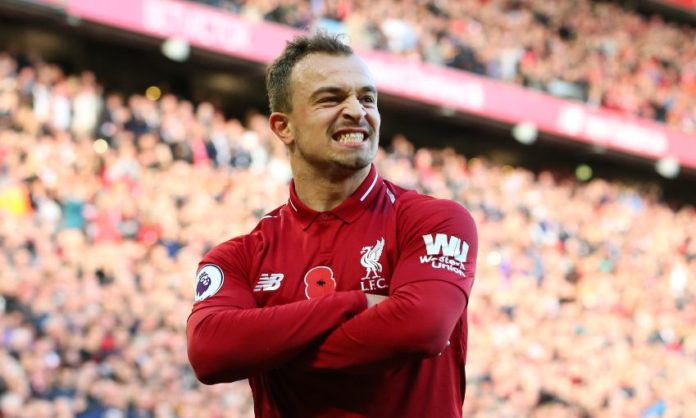 Liverpool are steamrolling through a tricky Premier League season and Fulham did not pose a challenge for the Merseyside Reds on super sunday as they go on to win 2-0. 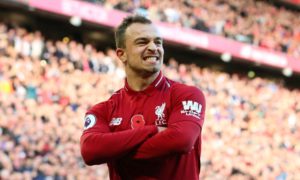 Anfield saw Liverpool go upto 30 points and increase their points tally to 30 so far this term – nine wins and three draws – which equals their highest total after the opening 12 games of a campaign. This is the first time the Reds had as large a goal difference as +18 at this stage of the season.

Fulham played a decent first half where Mitrovic scored a header closing off a beautiful play by Fulham only for it to have given offside. Mo Salah scored his 8th goal of the season in the 41st minute from a creative assist by fullback Alexander-Arnold.

Liverpool recycled a cleared corner back to Andy Robertson whose deep cross found Shaqiri unmarked at the back post. The attacker delicately volleyed a finish across goal to make it 2-0. The Swiss international produced a classy performance and seems to be in good form.

The final international break of 2018 follows this game, with Liverpool not in action again until November 24 when they journey to Watford in the Premier League.