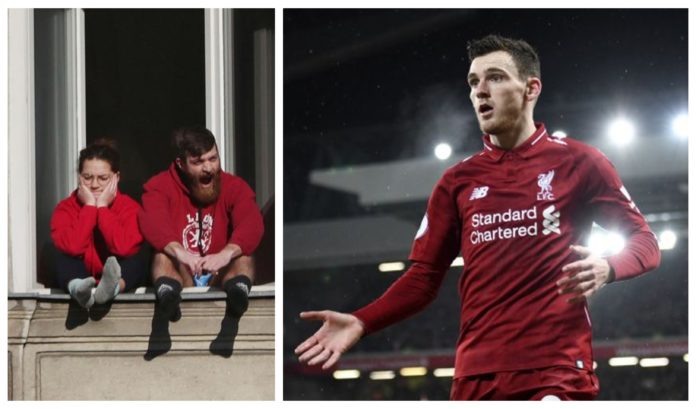 Liverpool and Scotland left-back Andy Robertson, known for his no-nonsense approach when it comes to the football field has a lighter side off the pitch. Robertson revealed his typical quarantine day schedule through a series of screenshots on Twitter which involved an unhealthy obsession over his full-back partner Trent Alexander Arnold, Major Missing of Virgil Van Dijk and much more. 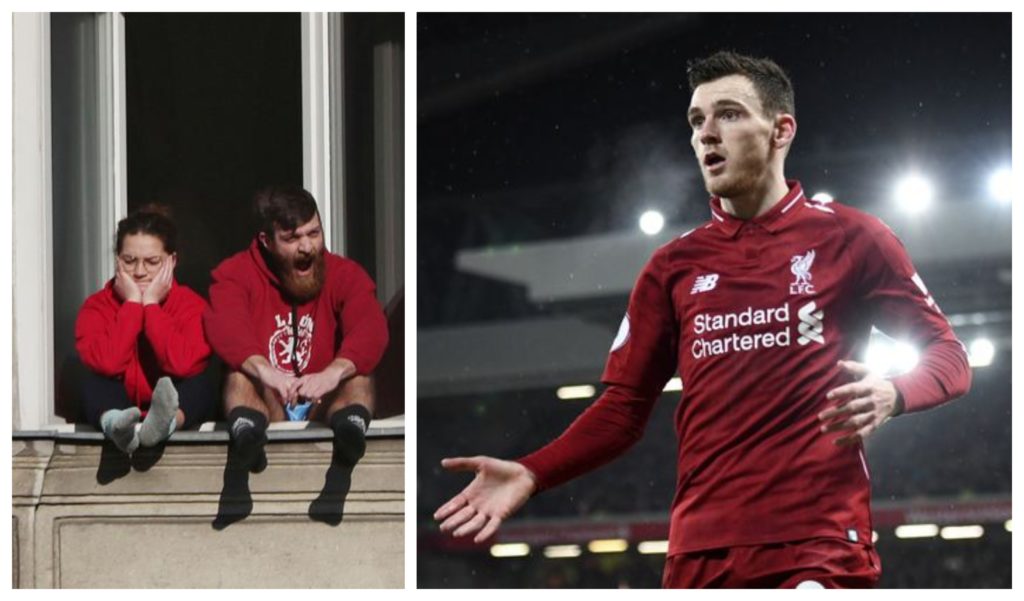 The series of screenshots involved a number of daily reminders patched on the home screen of his phone. The ‘daily schedule’ of his begins with feeding the kids at 8 AM before calling Trent roughly 25 minutes later.

After the call comes the group yoga session with the ‘boys’ which follows with a self-rewarding can of soft-drink Irn Bru. Trent once again makes a mark on his schedule with a second call to make sure that the right-back is alright.

Other prominent entries in his schedule include texting defensive stalwart Virgil Van Dijk to let him know that he misses him. A brief look into James Milner’s Instagram account and a couple of more calls to Trent spread across the day.  Take a look at the schedule right below:

15.15: Watch corner taken quickly ‘cos Trent told me to

Wayne Rooney reveals which two players can break his Man Utd goalscoring record – and it’s no one at the club!