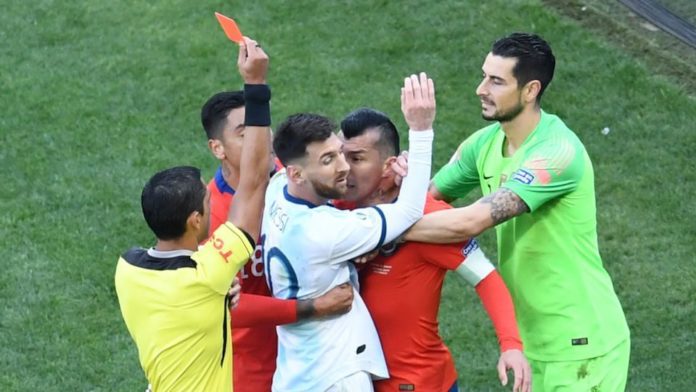 Argentina had an abysmal Copa America tournament in Brazil this year. After barely scraping their way out of their group , they lost to Brazil in the semi-finals where Messi was controversially sent off. Leo Messi, one of the greatest individual players of our time and Argentina captain had some sour moments on and off the field this Copa. 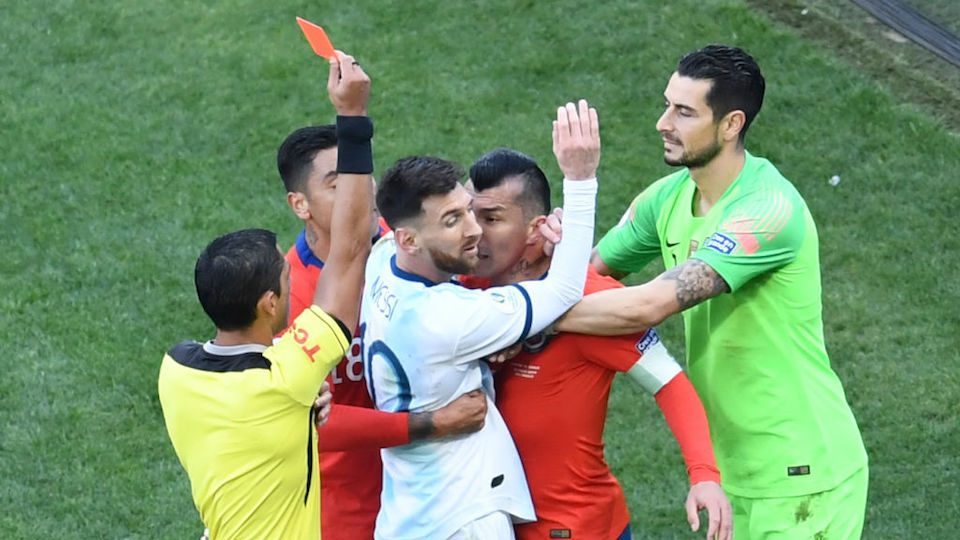 One of them was his corruption allegation towards South American football governing body CONMEBOL. Messi just couldn’t keep away from saying what he did after the game against Chile in the third place match.

The Albiceleste skipper declared: “There is no doubt, the whole thing is set up for Brazil.

“We could have gone further but we weren’t allowed into the final. Corruption, referees and all the rest stopped people from enjoying the football.

“I always tell the truth and I’m honest, that is what keeps me calm, if what I say has repercussions that is not my business.”

For now, Messi has been banned for one game and fined a sum of money.