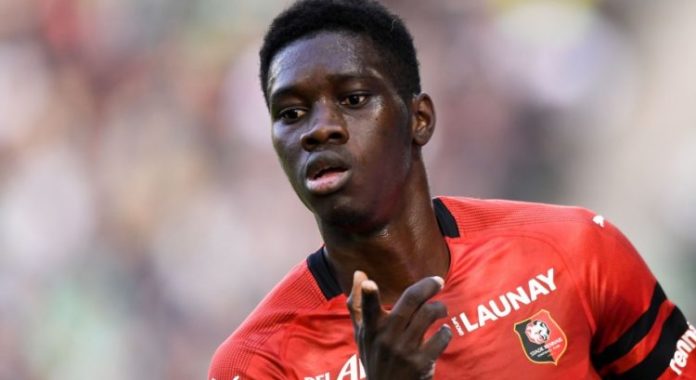 Rennes FC’s Ismaila Sarr has been in outstanding form and is impressing Premier League clubs. 12 goals and 11 assists have put the Senegalese international on the radar for clubs like Arsenal and Leicester. 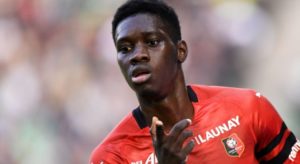 Reports show that Arsenal are chasing the 25 Million Euros rated midfielder and Leicester dont show any signs of submitting to Arsenal. Maddison of Leicester has had a wonderful season creating the most ‘big chances’ in the PL this season. A wide player like Sarr could bolster the Foxes’ creative force as they intend to push for Europe next season.

An insider has talked about the clubs that have been linked to Sarr recently.

The insider told Senegalese media: ‘Leicester, Roma and AC Milan are the three clubs that have shown genuine interest in signing Ismaila.

‘He has been linked with moves to Arsenal and Liverpool. But I have not heard any news from either of these two clubs.’

Sarr, who netted the crucial spot-kick to hand Rennes victory over PSG in the French Cup final last month, is tied down to the French club until 2021. He joined from Metz in 2017 in a £15m move.