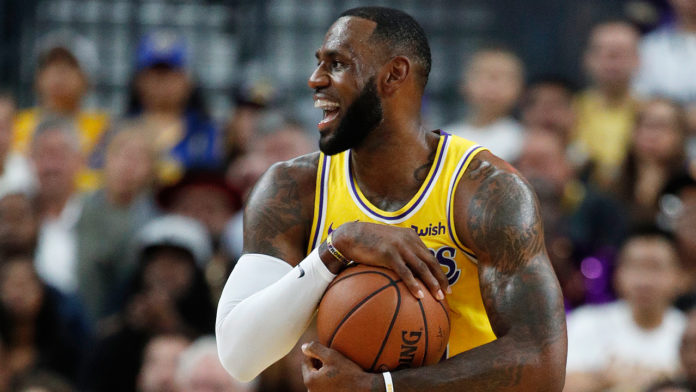 LeBron James is amazing at basketball. We all know that. He has made our eyes pop out uncountable times throughout his career. But he still doesn’t cease to amaze us.

James sunk a buzzer-beater from 40 feet at half-time against the Golden State Warriors on Thursday, and it was spectacular. 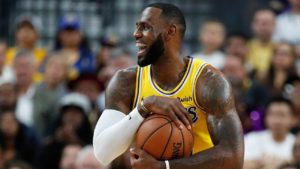 LeBron played only 18 minutes in the game, but the highlight of his performance was definitely this shot. The ball swooshed through the net gracefully and gave the Lakers a 61-57 lead which set them on course for the win.

After the shot James stood motionless, soaking the resounding applause for his effort. Here’s the video.

James scored 15 points and had 10 rebounds as well, as he begins his new journey with the Lakers. Neither star on show played heavy minutes, as second-string players got a chance to impress the respective coaches.

The likes of Brandon Ingram and Kyle Kuzma had good games, and so did the Splash Brothers Steph and Klay on the other side. But it was a preseason game, and the lesser judgments made from it the better.

What no one is doubting is the quality of James’ buzzer-beater, which was truly a thing of beauty.