Last month former Indian fast bowler S Sreesanth told supreme court that there’s no evidence of corruption against him and that Delhi police’s torture in the custody led to the confession about his involvement in the 2013 IPL spot-fixing case.

He also said that the BCCI’s lifetime ban on him was too harsh and ‘complete unfair’. He was banned by BCCI’s disciplinary committee back in 2013 along with two other players, but he was later given a clean chit by Delhi trial court due to insufficient evidence about his involvement. 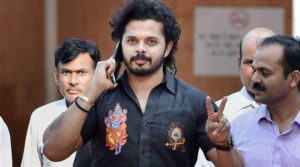 Now, Sreesanth will get an opportunity where he will be able to heard by BCCI’s disciplinary committee as the Supreme Court set aside BCCI’s order imposing a lifetime ban.

“It’s a huge relief. The court has given me a huge lifeline and I am happy with the opportunity given to me,” Sreesanth told NDTV after the ruling.

“I am just being optimistic and I hope to keep myself fit until September-October. Now, I believe I can even play Ranji Trophy for Kerala this season which starts from September-October,” he added.

He then compared himself to Leander Paes and said, “If Leander Paes can win Grand Slams at 42, I can at least play some cricket at 36.”

“I hope that the BCCI respects the verdict of the country’s highest court and allows me to at least get back to the cricket field. I hope that at least now I can walk to a school cricket ground and train there without being told that I am not allowed. I just want to play whatever cricket I can,” said Sreesanth.

WWE to hold its first trial in India