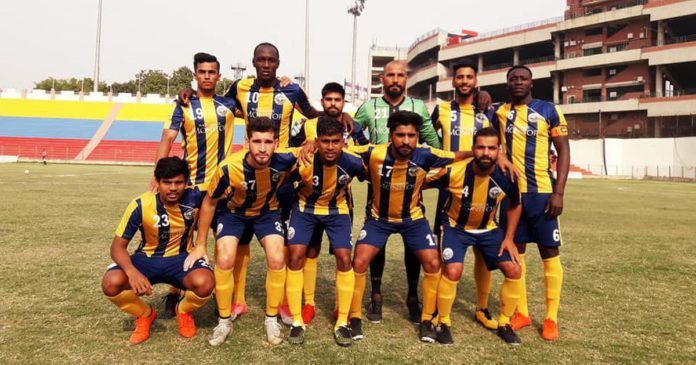 Real Kashmir FC became the first club from the state of Jammu & Kashmir to qualify for I-League after winning the second division on 30th May 2018.

Speaking on the matter, club co-owner Shamim Mehraj alluded, “It is a momentous day for Real Kashmir. Such a big brand coming to support us as official partner is an achievement in itself. No other club has Adidas as sponsor but we have got it.”

The Srinagar based side will begin their campaign on October 31 when they take on Minerva Punjab in Panchkula. The viewers can get a glimpse of their picturesque Bakshi stadium when they would cross sword with Churchill Brothers on November 6.

Head coach David Robertson, who played for prominent Scottish sides Rangers and Aberdeen, is looking forward to this challenge. “The first match against defending champions Minerva Punjab will be a huge match, our debut. Then we play Churchill Brothers for the first time at home, that will be the first I-League match in Kashmir. These two matches will be historic. After these two matches, I will be able to know how good is my side and then I can plan for the remaining I-League,” he added.