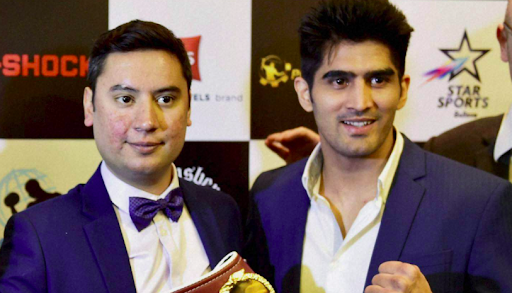 In its initial years, the company acquired the 1939 established, most successful Football Club from the capital -New Delhi Heroes FC and revamped it to compete in the I league. 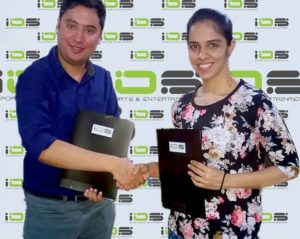 IOS was given the award by Justice Mudgal for private company promoting sports at the Ficci India Sports Awards 2017. The Sports Firm is also the official marketing agency for the Indian Olympic Association (IOA) since 2016 and has roped in top brands as sponsors with record revenue generation for IOA since its association.

The group through its subsidiary IOS Boxing Pvt Ltd has been pivotal in bringing professional boxing to India in 2015 by promoting fights of Indian boxing sensation Vijender Singh in the UK , USA and India. IOS Boxing has promoted pro fight cards in Delhi, Mumbai and Jaipur with top fighters including Vijender in sell out stadiums and achieved record TV ratings for Live broadcast on Star Sports and Sony Network.

On sharing her journey with IOS, boxing legend Mary Kom said, “I started my journey with IOS in 2009 and 12 years on I can proudly say that it has been great working with them. Thank you for all the hard work over the years in helping me grow as a brand. Keep up the good work and keep promoting sports in India. Congratulations for completing 15 years.”

Congratulating the company on its 15th Anniversary, Indian boxing icon Vijender Singh added, “Its been a remarkable journey working with IOS. I signed with them all the way back in 2005. I am very thankful to them for always supporting me and helping me enter professional boxing. It was a big stepping stone in my career.”

On congratulating IOS, ace Indian athlete Hima Das commented, “After winning the IAAF Under 20 World Championship in 2018, I signed with IOS. At that time, I needed their professional guidance to help me grow as a brand. I’m glad I signed with them at the right time and there has been no looking back since then. Thank you for all your hard work and efforts. Congratulations for completing 15 years.”

On completing 15 years , MD and CEO Neerav Tomar said, “We started with a vision to contribute towards the overall growth of the Indian sports ecosystem. I’m happy that we have been able to do so over a remarkable journey of decade and a half. I would like to thank each and every team member and all stakeholders who have contributed immensely for what we are known and stand for today. IOS will continue to stay focussed and achieve greater heights with younger leadership driving the group through a new and innovative approach.”