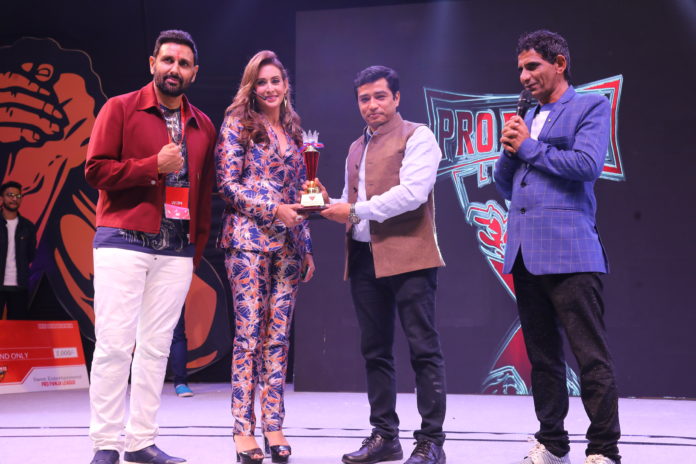 The Pro Panja League, India’s new premier Arm Wrestling tournament made it’s debut earlier this year in February bringing hope to thousands of Arm Wrestlers in the country that dreamt of making a living out of this sport.

The ongoing coronavirus pandemic has put the sporting events in India on hold and while Pro Panja League had great plans for the 2020 season, the upcoming events are currently put on hold until the government issues green light to host sporting events again.

With that being said, it can’t be denied that Pro Panja League has raised the bar of Arm Wrestling in India and it is also the only one of a kind type of professional league in India. The owner of Pro Panja League has previously stated that as soon as the sporting events are allowed to be organised, the next edition of PPL will take place in no time.

Ahead of the upcoming event, Sports India Show had the opportunity to chat with Laxman Singh Bhandari, who was present at the inaugural season of PPL as a referee. He is also the General Secretary & Coach Armwrestling Association of New Delhi, Founder Royal Sports Club, Technical Advisor Indian Arm Wrestling Federation, Sr. Referee, World and Asian Arm Wrestling Federation.

Apart from being a member of the IAF, he is also an Arm Wrestler himself and has won numerous championship in state and national level. He has also participated in two Asian and two World Asian Armwrestling championship.

1.) How did you get into the sport of Arm Wrestling?

I was interested in sports right from the beginning and my principle is everyone should get themselves involved in at least one type of sport and it doesn’t matter if they participate in them professionally or as a hobby.

Sports is essential for fitness, healthy body, healthy mind and a healthy soul. As far as my interest in Arm Wrestling is concerned, back in 1989, there was an event taking place in a park in Delhi and my friends pushed me into participating here since I used to beat all my friends in Arm Wrestling.

So the arm wrestlers that were present in that tournament were all professionals and in that event, I defeated the top players in my weight class. He had won a gold medal in Delhi state arm wrestling championship. After this, I felt really confident and my morale grew and then I started researching about the sport and came to know that there are competitions held in the state, national and international level.

2.) What is your proudest Arm Wrestling achievement?

No tournament is smaller or bigger, every event is prestigious. I have regularly participated in the Asian and World Championship. My best position in world ranking has been #6 and in Asian championships, I have won Gold, Bronze and Silver medal. 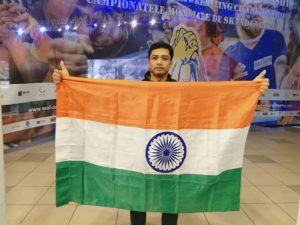 Although I have medalled numerous times in National and state championships, winning a medal at an international stage is really a proud moment for me and my country.

3.) Which is your toughest Arm Wrestling tournament till date?

In 2019, I took part in a championship and it was my toughest competition one till date. I won a Bronze medal there. There were Arm Wrestlers from Khazakstan, Kyrgyzstan etc and it was a really tough tournament.

4.) What prompted you to start arm wrestling training for free?

When I started Arm Wrestling in India, I had to go through many challenges and struggles. Then I realised that this game is very close to my heart and the best thing about it is that it is a very economical sport and you don’t need to spend a lot of money in buying equipment or organising tournaments.

Yes, you can then further invest as much as money you want in glamorising the event, but as a player, I don’t need to spend a lot of money training for it. Another thing that has attracted me to the sport is that this game is for every age group.

Arm Wrestling tournaments can be organised in sub-junior level up to seniors category where the people are over 70 to 85 years old. The reason I started training for free was to develop the raw talent that some of these people have and in 1995, I started Royal Sports Club and my aim was to coach for free and since then we have provided free training every Sunday.

This is my way of giving back to society.

5.) How was your experience at Pro Panja League? Do you feel that the tournament was at par with the foreign tournaments?

I was really proud to be associated with the events and I really want to congratulate Parvin Dabas Ji and Preeti Jhangiani Ji for this amazing tournament.

The standard that they have maintained is simply unparalleled. Internationally as well if I compare to many tournaments then it’s much better. Some of these international tournaments are very high level, but still, PPL has performed at par with them for their first-ever tournament and in coming days if we promote the brand more digitally then it will become more popular.

This world-class tournament that has been organised in India is really amazing and I would also say that the Indian Arm Wrestling federation has played a major part in the success of this tournament.

6.) Sports Minister of India, Mr Kiren Rijiju Ji was also present in the event and pledged to support the sports of Arm Wrestling in India, what do you think this means for the sport in India?

First of all, it’s a very big thing that a Cabinet Minister from India government participated in this event and the credit goes to one and only Mr Parvin Dabas Ji. Because of his effort, we had celebs like Kiren Rijiju Ji and Vijender Singh spending time watching the bouts.

They also spent a lot of time in the event as well. Many Ministers come, they cut the ribbon and greet the people and then leave. But this wasn’t anything like that as Rijiju Ji stayed there for so long and saw the PPL bouts and showed interest in the bouts that were taking place.

The way he talked about the event while addressing the audience showed that he was genuinely impressed by the event and in future this will help Indian Arm Wrestling Federation in recognising the sport. If the government recognises and supports Arm Wrestling then I can guarantee you that it will become more popular than numerous other sports in India.

Pro Panja League 2020: Siddharth Malakar: Different states should compete against each other in arm wrestling!