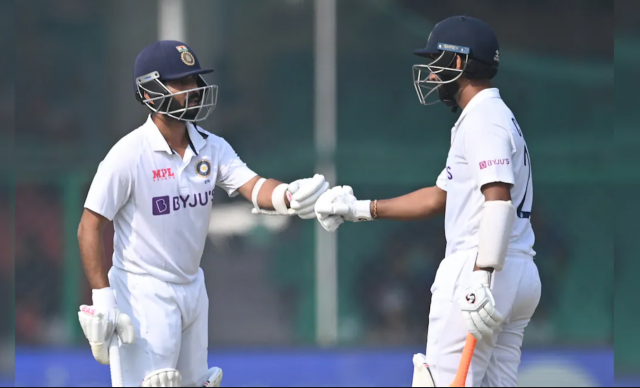 Former India batsman VVS Laxman noted how Indian batsmen have to make the most of their starts. He lamented their dismissals after settling in during the two-match Test series against New Zealand.

Laxman noted that being unable to convert starts has become a troublesome pattern within the team. He accused the likes of Ajinkya Rahane, Cheteshwar Pujara, and Shubman Gill of throwing away their wickets at a crucial juncture of the game. He added that if this trend prolongs into the series against South Africa, it would hurt the team. While speaking on Follow The Blues, Laxman said:

“It’s very important not to repeat the same mistakes. If we saw the way Ajinkya Rahane got out in Kanpur, Pujara got out in Kanpur as well as in Mumbai, it’s almost like a pattern which is developing. Even Shubman Gill, after settling down and throwing away his wicket. So I just believe it is about converting that start into a big score, which is very critical,”

India’s batting unit barring the openers have largely been underperforming. The current experienced middle-order is under severe pressure with their extended poor patch. The next set of batsmen like Shreyas Iyer and Suryakumar Yadav are waiting on the sidelines to take over.

“Somewhere or the other I feel they are repeating the mistakes and throwing away their wickets after getting set, which you cannot do if you want to perform well against good teams and especially if you want to win the series in South Africa, as a batting unit you will have to fire,” Laxman added

Ajinkya Rahane has been added to the Test squad for the South Africa tour, but his role as vice-captain has been handed over to Rohit Sharma. Rahane had missed the second Test in Mumbai due to a minor hamstring strain. On the other hand, Shubman Gill failed to make it to the 18-man touring party due to injury.

The management will have a major selection headache when it comes to the middle-order. Out of Pujara, Iyer, and Rahane, arguably only 3 would be able to feature, It would be interesting to see if they back experience or form for the first Test.