The Board of Control for Cricket in India (BCCI) announced its central contract for the session 2019-20. A notable missing in the list of the contracted list was of the former Indian Captain MS Dhoni.

Mahendra Singh Dhoni who last played a game for India in the semi-final of the world cup against New Zealand in Manchester.

Mahendra Singh Dhoni who made his debut for India in 2004 has always been a part of the contract list since then, he was made the captain of the Indian team in 2007 and he led India to all the three ICC championships. 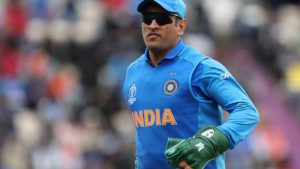 BCCI announced its central contracts for the year 2019-20 on Thursday, this contract will be applicable to all the players from October 2019 until September 2020. There were 4 players from the last list who were excluded from the contract list this time.

Shreyas Iyer, Washington Sundar, Navdeep Saini , Deepak Chahar and Shardul Thakur were added into the contract list for the first time. As all of them were placed in Category C.

Mayank Agarwal who was named in the Test Team Of The Year on Wednesday, was also given a central contract by BCCI. Mayank Agarwal who made his debut in 2018 in the boxing day test against Australia at the historic MCG has been in great touch as the opener scored two double centuries in back to back test series against South Africa and Bangladesh helped him get a contract in Category B.

In form KL Rahul was upgraded from Category B to Category A, as the Karnataka lad has been in the finest form in the limited overs format and when given a chance in the world cup he did extremely well opening the innings for India. His performance in the white ball format has been key to India’s success in the recent home series.

Another player who was upgraded was test veteran Wriddhiman Saha. Saha was upgraded from category C to Category B courtesy consistent performances behind the stumps in test matches.