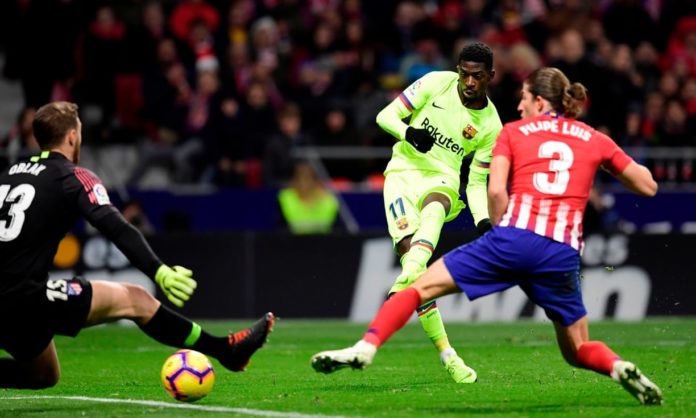 Fans were left breathless after what was a scintillating ending to one of the premier fixtures of La Liga. Barcelona and Atletico Madrid fought out a 1-1 draw at the Wanda Metroplitano in a battle for the top spot in the Spanish first division in a game stacked with late drama, controversy, and beautiful football. 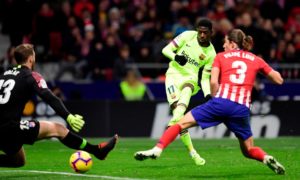 Diego Costa has always been at the heart of things wherever he’s played, and most of those moments have led to some controversy. The story was the same against Barcelona when the Spaniard was involved in a heated exchange with Samuel Umtiti. Costa had a handful of the Frenchman’s shirt while he was talking to the referee which provoked a hot-headed reaction from Umtiti, who received a yellow card for his troubles.

The match was statistically dominated by the Catalans with 70% possession and 8 shots compared to Atletico’s 2. It would have been unfair for the them to come out with nothing which certainly looked to be the case when Diego Costa headed home a corner delivery past Ter Stegen in the 77th minute.

Barcelona had other plans however. Surrounded by 3 Atletico players, the little magician, Lionel Messi, picked out an inch perfect pass to Ousmane Dembele who put the ball in the back of the net in the 90th minute with a composed finish, thus maintaining Barcelona’s top spot in the league, a point ahead of Atletico in second.

Barcelona face a struggling Villareal in the next league match while Atletico face Girona with both the Spanish giants battling it out for the top spot in the La Liga table.