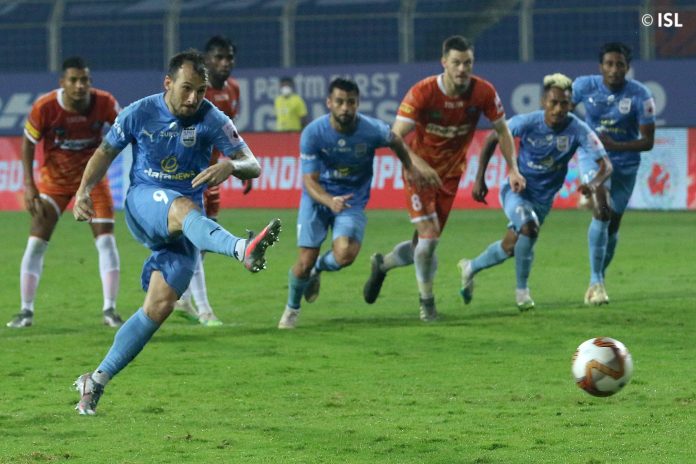 The clash between FC Goa and Mumbai City FC was a close contest and after summer signing, Adam Le Fondre’s late goal from a penalty, the match ended 1-0, thus helping Mumbai City get the victory at Fatorda Stadium on Wednesday. 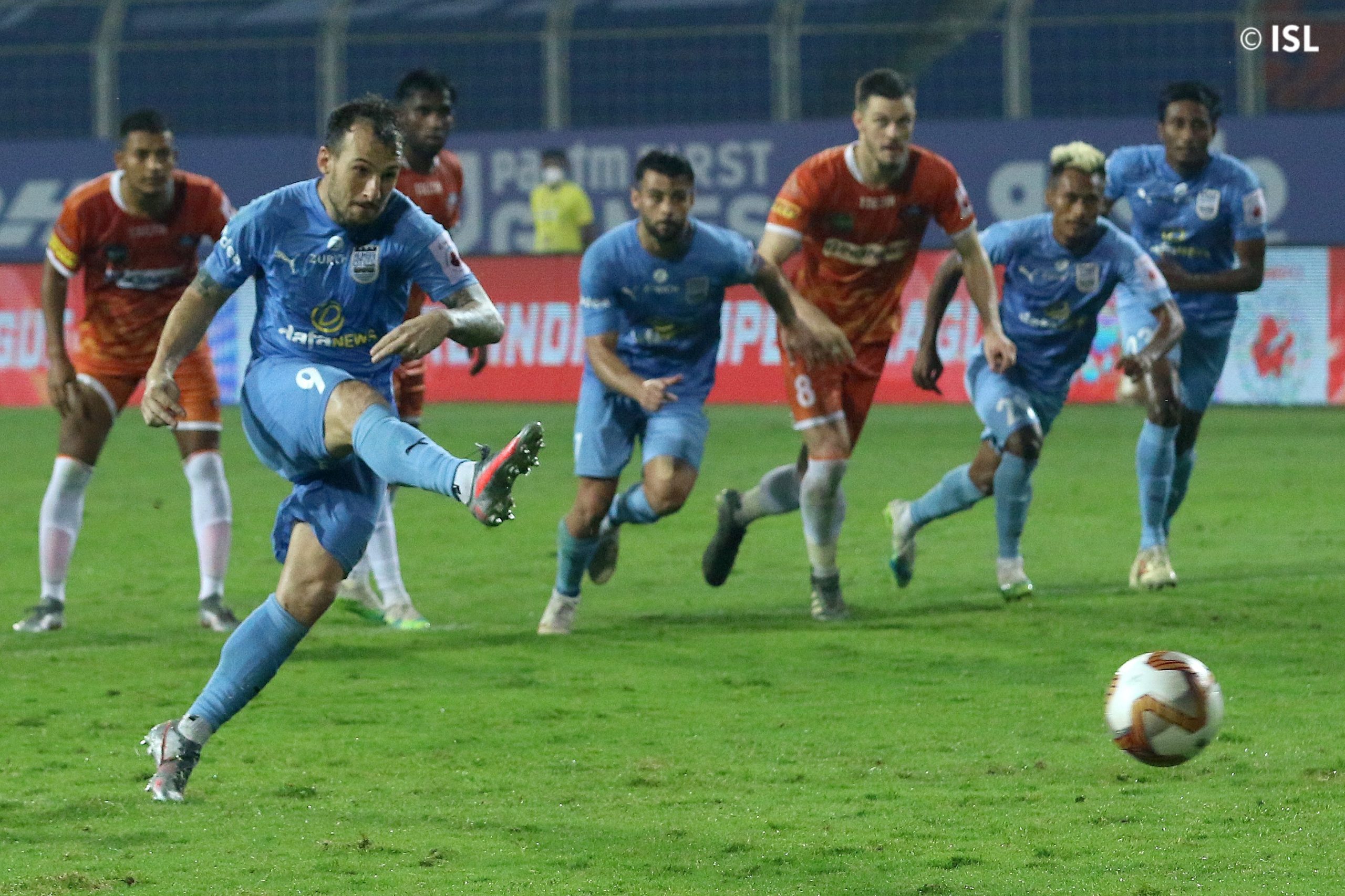 Sergio Lobera’s side, Mumbai City registered their first victory of the ongoing ISL campaign with a narrow escape against his former side, FC Goa.

Goa had their first chance at the goal in the 8th minute of the match but Igor Angulo, who scored a brace in the previous match could not capitalise on the chance.

Mumbai on the other hand looked strong with Le Fondre in the attack but could not score the breakthrough goal.

Before the second half in the 40th minute, Goa saw their winger, Redeem Tlang sent off with a straight red card after a heavy challenge on Henan Santana. 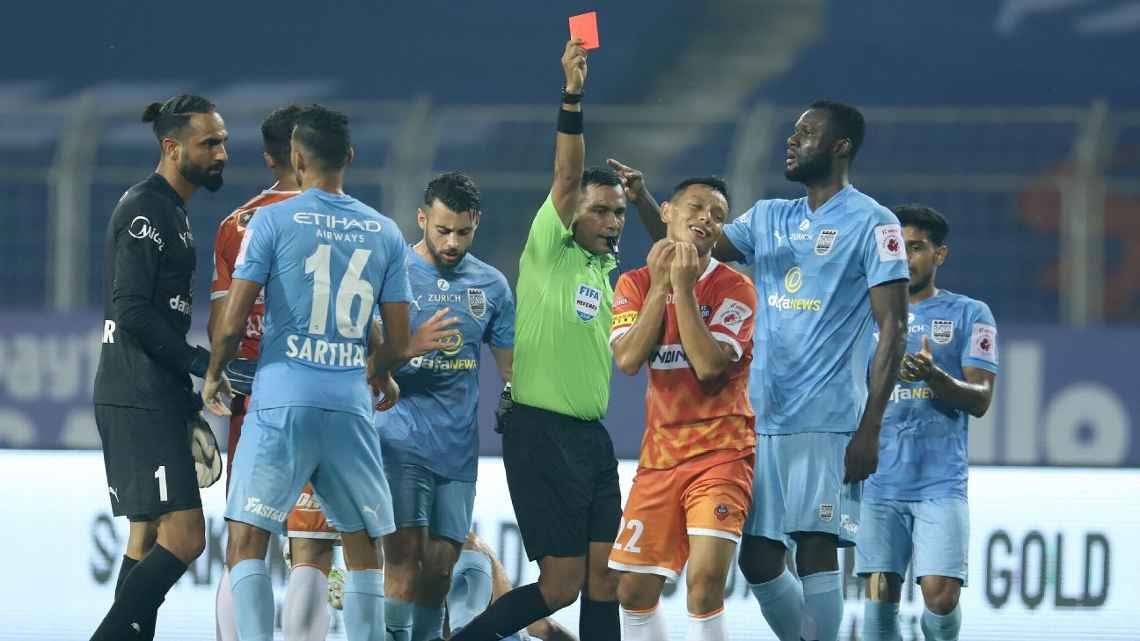 But, they looked dominant in the second half, having more possession of the ball and high pressure on Mumbai.

Their chances at the goal were prominent and tested Mumbai’s goalkeeper Amrinder Singh on a couple of occasions. He managed to pull off two remarkable saves.

ALSO READ: ISL Match 5 Review: Chennaiyin hold onto their early lead in a 2-1 win over Jamshedpur

Adam Le Fondre turned up as the saviour of Mumbai as his late winner secured three points for his side.

Mumbai were awarded the penalty after a handball at the expense of Lenny Rodrigues. He attempted to block the header of Bipin Singh but mistakenly committed the handball.

Le Fondre made no mistake whatsoever while taking the spot-kick. His shot found the right bottom corner of the goal as goalkeeper Mohammad Nawaz stood no chance.

Following the victory, Mumbai who will face SC East Bengal in their next fixture on December 1, see themselves at the fifth position, while the host, Goa whose next match is against NorthEast United on November 30, are currently standing at seventh position.