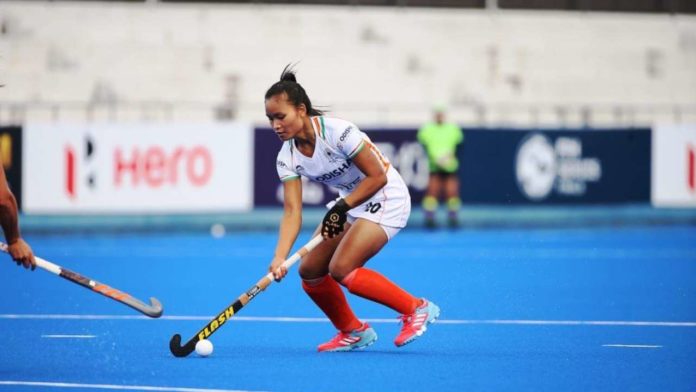 The Indian Women’s Hockey Team got their sweet revenge over Japan following their Asian Games loss at the FIH Series Finals as they clinched the title. Moreover, they even reached the second round of the Olympic Qualifiers when they beat Chile to reach the finals.

However, one thing which many Indian fans might not know about is that one of their players stayed back despite her father’s death. Lalremsiani lost her father due to a heart attack a day before India’s crucial semi-final clash but didn’t go back as she believed that her father would have wanted her to carry on playing.

Mizoram: Lalremsiami, a member of Indian women's team which won FIH Series Finals hockey tournament in Hiroshima on Sunday, was received at her village in Kolasib dist, y'day. Lalremsiami lost her father to heart attack on Friday but stayed with her team to play finals on Sunday. pic.twitter.com/fTcvyN8ToX

Honorable Sports and Youth Affairs Minister Kiren Rijiju was also present to felicitate the Indian Women’s Hockey Team who took a giant step in their quest to qualify for the Tokyo 2020 Olympics.

I received the victorious Indian Women’s Hockey Team who won the #FIHSeriesFinals in Hiroshima. The team is a step closer to reaching #Tokyo2020 Olympics. I congratulated them on their brilliant performance and wished them luck for their future matches. pic.twitter.com/dIOcZRQbur

India’s victory earned applause from all across the country with the Prime Minister Honorable Narendra Modi himself chipping in. Before getting the better of Japan and Chile in the finals and semi-finals respectively, they took out Fiji, Poland, and Uruguay in the group stages.