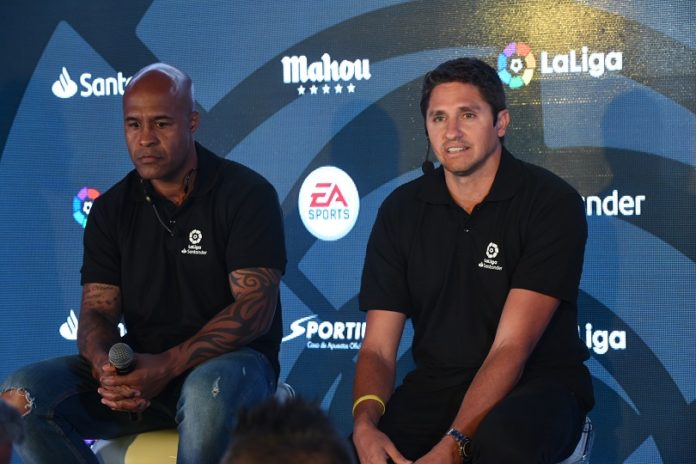 Space LaLiga is offering free attractions during the Copa America, with legends Edmilson and Assunção taking part in the grand opening.

On Monday 24 June, Space LaLiga, the first fan zone for the professional Spanish football league in South America, opened its doors. The interactive space, which seamlessly combines football and entertainment, was graced with the presence of football legends Edmilson and Marcos Assunção during the opening ceremony.

The main aim of the fan zone, which covers a space of over 250m², is to pay tribute to lovers of the most popular sport in the world through a journey on which they can discover fun facts about the Spanish competition and find out more about the South American players past and present who have competed in Spain. 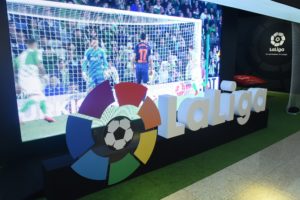 Legendary LaLiga players Edmilson and Assunção took a stroll through the fan zone, before taking part in a round table event alongside LaLiga delegates in Brazil, Albert Castello and Daniel Alonso Duarte. The main conversation topic was their time in LaLiga, as well as their thoughts on the 2019 Copa America.

“LaLiga has always had the best players in the world and that’s thanks to the great clubs that take part in it, as well as the dynamics of the competition. Latin American players have helped LaLiga receive significant media exposure in the countries that make up the American continent,” said Edmilson. 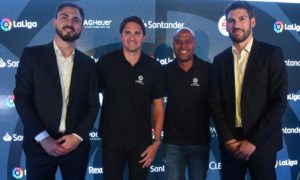 “The brand of football championed in LaLiga is very similar to the Brazilian style: not much physical contact and lots and lots of technical quality. I played my best football in LaLiga. I was involved in huge matches in Spain, such as El Gran Derbi, with the local rivalry in Seville turning it into a footballing celebration and a very special event for the city,” explained Assunção.

Space LaLiga is part of LaLiga’s international promotion strategy, which looks to boost exposure for Latin American players competing in Spain and give a voice to legendary players who plied their trade in LaLiga. Other promotional events similar to Space LaLiga have taken place in different locations, such as at the 2018 World Cup in Russia, the 2019 AFC Asian Cup in Dubai and the 2019 African Cup of Nations in Egypt.