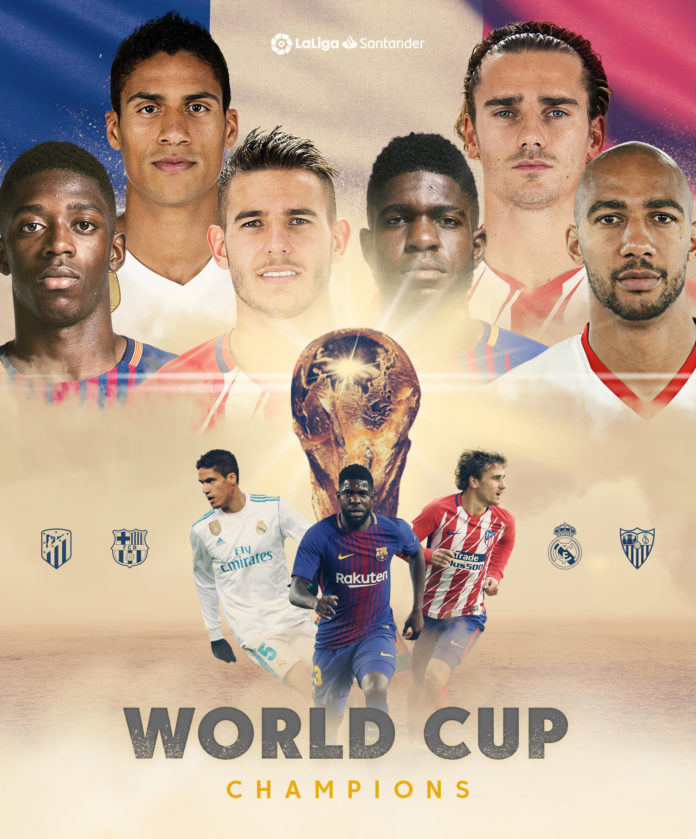 11 LaLiga players were involved in Sunday’s World Cup final in Moscow, more than from any other league. 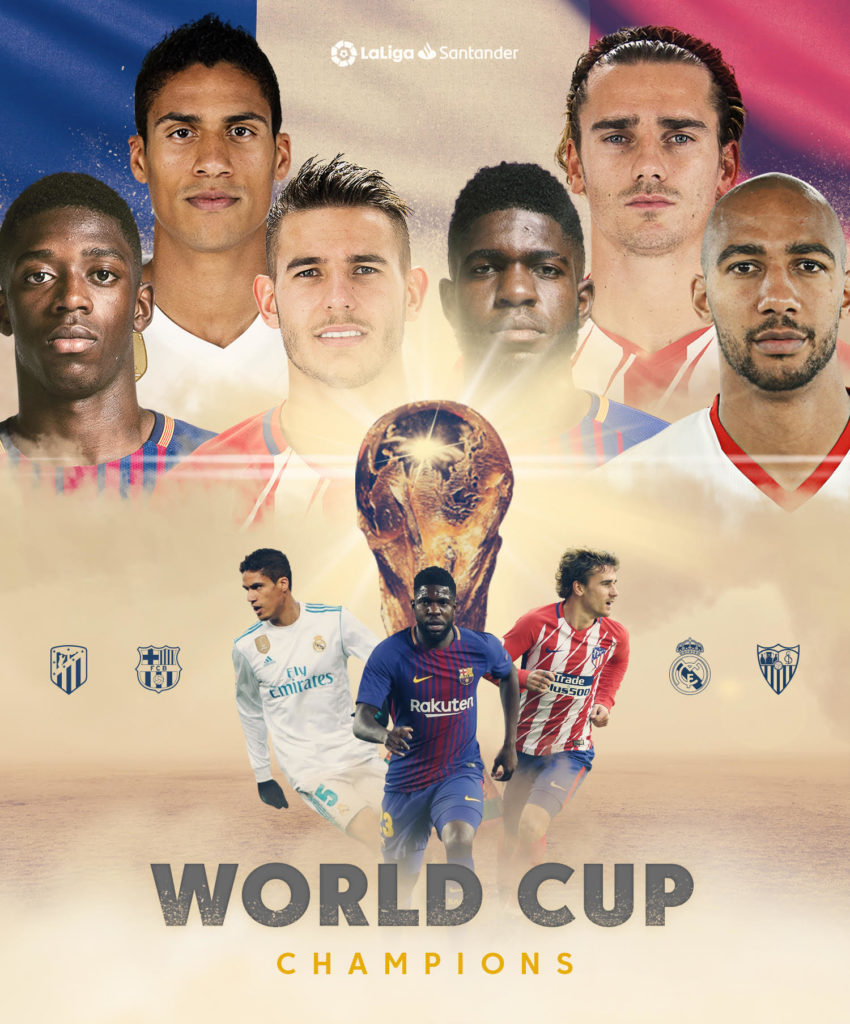 LaLiga’s huge influence on this summer’s World Cup continued right through to Sunday’s final, with MVP Antoine Griezmann of Atletico Madrid scoring one and setting up two as France topped Croatia 4-2. Meanwhile, Real Madrid midfielder and Croatia captain Luka Modric was voted player of the tournament despite his country falling just short at the final hurdle.

11 LaLiga players were involved in the decider at Moscow’s Luzhniki stadium, more than any other league. Griezmann clinched his third MVP award of the tournament with an impressive performance. It was his free-kick that was knocked into the net for the game’s opening goal, his penalty which put France 2-1 up and his assist which led to France’s third. Atletico defender Lucas Hernandez laid on France’s fourth and final goal, with his fellow defenders Samuel Umtiti of Barcelona and Raphael Varane of Real Madrid also impressing, while Sevilla’s Steven N’Zonzi was a second half substitute as Les Bleus saw out their victory.

Modric shone albeit in defeat and was awarded the 2018 ‘Golden Ball’ for his contribution over the month in Russia. This included a penalty in the opening game victory over Nigeria, a tremendous 20-yard strike in the unforgettable 3-0 victory over Argentina and shoot-out spot-kicks converted against Denmark and Russia during the knock-out stages.

Croatia also had Barça’s Ivan Rakitic in midfield in Sunday’s final along with Atletico’s Sime Vrsaljko at right-back, while Mateo Kovacic was on the bench. New Atletico signing Thomas Lemar and Barça’s Ousmane Dembele were unused subs for France.

It was a fitting end to a tournament at which LaLiga stars have been prominent throughout, right from the opening game when Villarreal’s Denis Cheryshev scored twice for Russia in the hosts’ 5-0 victory over Saudi Arabia. The following month of games then saw 24 different LaLiga players from ten different Spanish clubs score 40 goals in total. LaLiga stars were named MVP in 21 of the 64 games as 81 players from across LaLiga Santander and LaLiga 1l2l3 represented their countries.

Among the standout stars was Barça’s Philippe Coutinho, who provided two goals and two assists as his team were knocked out at the quarter-final stage by Belgium, for whom Real Sociedad’s Adnan Januzaj got on the scoresheet in the group stages.

Other LaLiga interventions during the group stages included Celta Vigo forward Iago Aspas and Malaga striker Youssef En-Nesyri both scoring as late substitutes in Spain and Morocco’s 2-2 draw. Japan midfielder Takashi Inui, who has just completed his move to Real Betis from Eibar, scored against both Senegal and Belgium while Saudi Arabia’s matchwinner in their final group game against Egypt was Villarreal’s Salem Al-Dawsari.

This summer’s World Cup has truly showcased the breadth of LaLiga’s quality, talent and its true international reach, leaving fans worldwide to eagerly await the start of the 2018/19 Spanish season next month.